A 13-year-old girl from Hyderabad recently climbed Mount Kilimanjaro, Africa's highest peak. She expressed her joy and said that she aims to climb all 7 summits 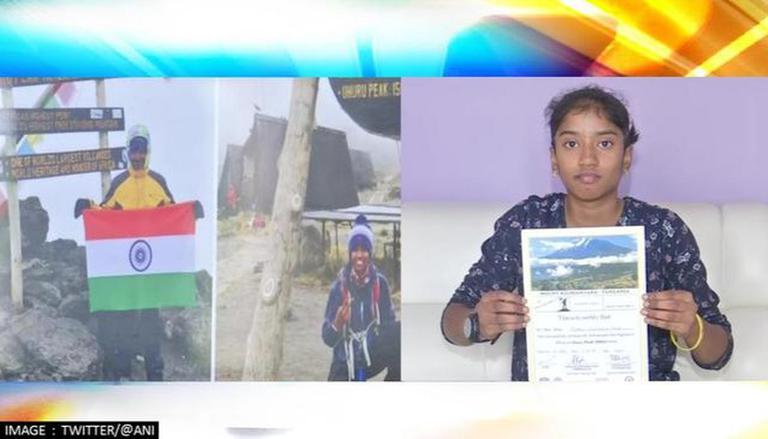 
A 13-year-old girl from Hyderabad climbed conquered Africa's highest peak, Mount Kilimanjaro. Expressing her joy, Muriki Pulakita Hasvi said that it was an "adventurous experience." Hasvi stated that the preparation for this mountaineering began right after the Everest base camp was completed in April of this year.

"It was an interesting experience," she told ANI. "Mount Kilimanjaro is such a peak where you encounter all the weather situations," she added.  "After climbing base camp, I realised I wanted to do all seven summits, so I started preparing right away," she explained. "What I learned from all of this is that mountaineering requires mental strength, therefore I used to perform all of the things like Yoga and Meditation to keep myself mentally strong," she continued.

"I got to know about mountaineering through a movie. My future goal is to get to the top of all 7 summits across the world," said Hasvi Pulakita pic.twitter.com/UWWDXkDgwT

While talking about her long-term objectives, she noted, "I intend to climb all seven summits before 2024 and I've already made all the plans."  She further advised the young generation to not necessarily take up mountaineering but climb to the summit of mountains in their particular lives.

On 23 August, double-leg amputee mountaineer Chitrasen Sahu made history by hoisting the tricolour flag on Mount Elbrus, which is one of Russia's and Europe's tallest mountain peaks and ranks 10th among the world's most famous summits. At 5,642 metres, the peak is the highest point in the area. Shau became the first Indian with a double amputee to climb the highest peaks in three countries after reaching the summit. He is attempting to conquer the peaks of seven continents after setting a new record by conquering three separate peaks. In September of this year, the 27-year-old set a world record by climbing Kilimanjaro, Africa's highest mountain peak, and Mount Kosciuszko, Australia's highest mountain peak. Sahu feels that human life is similar to mountains in that it has happiness, misery, ups and downs. He had mentioned that all we needed to learn was to keep moving forward.