In an ill-fated chopper crash on Wednesday, Chief of Defence Staff (CDS) General Bipin Rawat and 12 others lost their lives in Tamil Nadu's Coonoor. 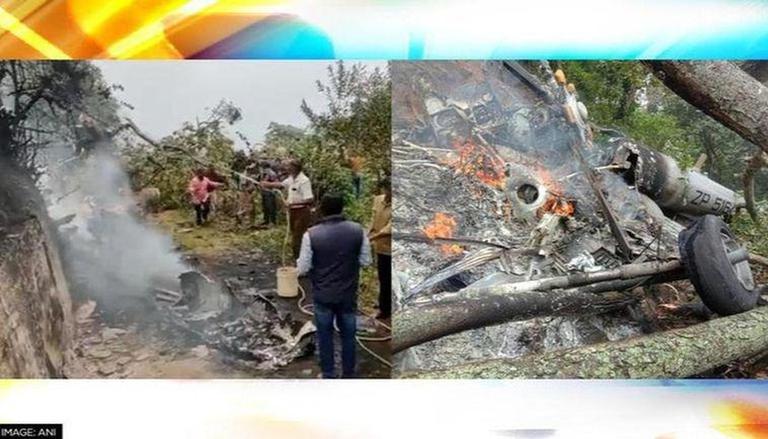 
In an ill-fated chopper crash on Wednesday, Chief of Defence Staff (CDS) General Bipin Rawat and 12 others lost their lives in Tamil Nadu's Coonoor. The Nilgiris Police department has sought details of weather and temperature in the region on the fateful day from Chennai's Meteorological department.

The district electricity department also visited the incident ite and tried to ascertain whether there are any High Transmission Lines (HTL) and High Voltage Polices (HVP) and whether "it is damaged".

The cell phone of the person who recorded the video of the chopper has been sent for forensic examination. Joe, a wedding photographer, had gone to the Katteri area in the Nilgiris district with a friend and family members to click pictures on December 8. He had also videographed the Mi-17V5 helicopter apparently moments before its crash. His mobile phone has been collected and sent to a forensic lab.

An investigation is underway to ascertain why the photographer and others had gone to the dense forest region, despite it being a prohibited area due to the frequent movement of wild animals. Besides this, police are actively investigating more diverse witnesses. The Special Task Force is also engaged in an intensive search operation in the forest areas near the scene.

The CDS was on his way from Sulur airbase to Wellington where he was scheduled to deliver a lecture to the faculty and student officers of Defence Services Staff College.

IAF thanks locals, Nilgiris Admin for help in rescue ops

The Indian Air Force on Sunday thanked Nilgiris District Administration, the local villagers and the Tamil Nadu Chief Minister's Office for assistance in the rescue operation after the chopper crash. Locals from Katteri Village were the first to reach the crash site and had informed the police and the fire department about the incident.