The Chief Marshal also expressed his contentment at the rapid operationalization attained by the newly inducted war machines, especially Tejas and Sukhoi 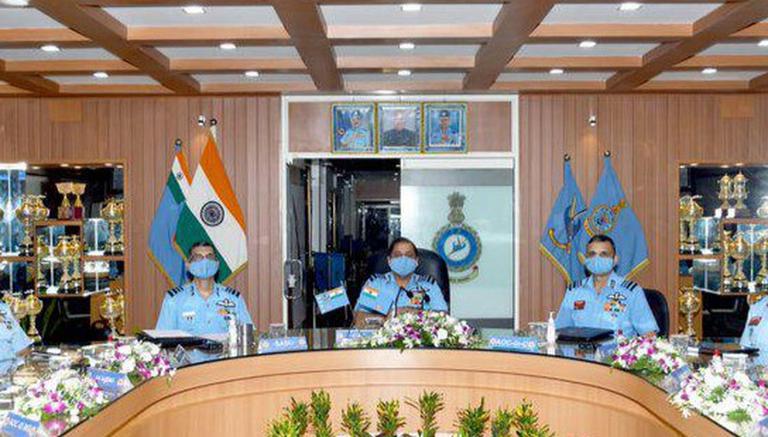 
With a motive to observe the operational preparedness of the Indian Airforce in the southern part of the country, Air Chief Marshal RKS Bhaduria, on a two-day tour, visited Thiruvananthapuram.

On his arrival, the Air Chief Marshal was received by Air Marshal Manavendra Singh, Air Officer Commanding-in-chief (AO C-in-C) of the Southern Air Command, and was briefed about the position of operational preparedness of the control there.  Interacting with the SAC Commanders, the Airforce Chief maintained the need for the Indian Airforce to always remain prepared for any operational mandate within its periphery. The Indian Air Force Chief also appreciated the efforts of the Southern Air Command in fast-tracking numerous infrastructural initiatives and undertaking tasks of operational significance.

The Chief Marshal also expressed his contentment at the rapid operationalization attained by the newly inducted war machines, especially the Light Combat Aircraft (LCA) Tejas and SU-30 MKI (Sukhoi) squadrons. The HAL Tejas is an Indian single-engine multirole light fighter designed by the Aeronautical Development Agency in collaboration with Aircraft Research and Design Centre of Hindustan Aeronautics Limited for the Indian Air Force and Indian Navy while the Sukhoi Su-30MKI is a twinjet multirole air superiority fighter developed by Russia's Sukhoi and built under license by India's Hindustan Aeronautics Limited for the Indian Air Force.

Notably, the Chief of Army Staff, General MM Naravane on Thursday visited the Jaisalmer Military station where he took notice of the operational preparedness of the Army in the Indo-Pak bordering region while reviewing the current readiness of the army in the area. The Chief of Army Staff later went to the Pokharan Field Firing Ranges where he observed the firing of various artillery guns, including equipment that is under development by domestic manufacturers. The Army chief was later briefed by General Officer Commanding Konark Corps and other formation commanders on the operational situation and the preparedness of the army in the region.