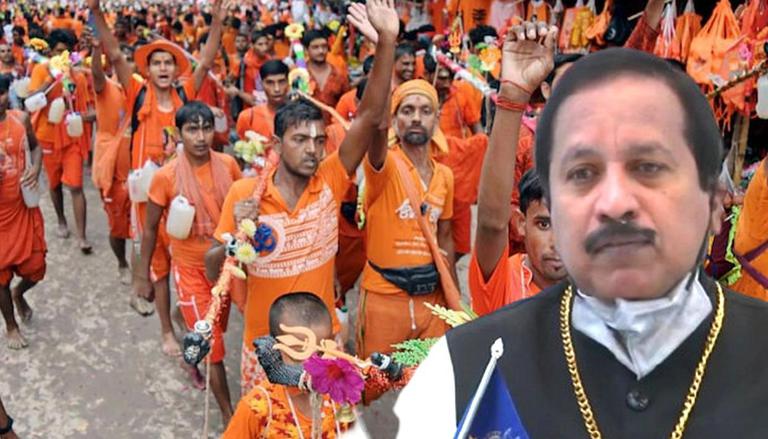 
Indian Medical Association (IMA) President JA Jayalal on Thursday thanked the Supreme Court of India for taking cognizance and acting proactively to the reports of the Uttar Pradesh government granting permission for the Kanwar Yatra. The IMA president said that any type of gathering would act as an invitation to the third wave of COVID in the country.

"Any kind of gathering is a fuel for the spread of the disease which will be inviting the third wave in our country. How it is being responded to depends on the government. The government had to take a decision on various grounds other than medical grounds," Jayalal was quoted as saying by ANI.

"There might be economic grounds, people's philosophy, mindset, many things are involved. However, it is our duty to question and appeal to the government. At this moment any mass gathering for any pretext is going to be a disaster for the country," the IMA chief added.

On reports of the UP government allowing Kanwar Yatra, he said, "This is quite an unfortunate situation. We definitely need to relook. This is an administrative issue as well as an issue of the public and all the stakeholders have to work together. I am thankful to the Supreme Court for taking up the issue proactively and taking suo motu cognizance on it."

Earlier, reports suggested that the Uttar Pradesh government allowed the traditional yatra with COVID restrictions in place, such as mandatory RT-PCR report for out-of-state participants.

The Uttarakhand government on Tuesday cancelled the Kanwar Yatra for the second consecutive year amid the battle against the second wave of COVID. The decision was taken by newly sworn-in Chief Minister Pushkar Singh Dhami after a meeting with state officials.

What is Kanwar Yatra?

The Kanwar Yatra is a traditional pilgrimage, which is taken annually by the devotees of Lord Shiva. Every year, during the month of 'Saavan', thousands of devotees take a pilgrimage to Gaumukh, Haridwar and Gangotri in Uttarakhand and Bihar's Sultanganj. This journey is called 'Kanwar Yatra'.  The water collected from the holy sites is offered to Lord Shiva in temples.