In a letter addressed to Uttarakhand CM Pushkar Singh Dhami, the Indian Medical Association (IMA) requested him to not allow the Kanwar Yatra to take place. 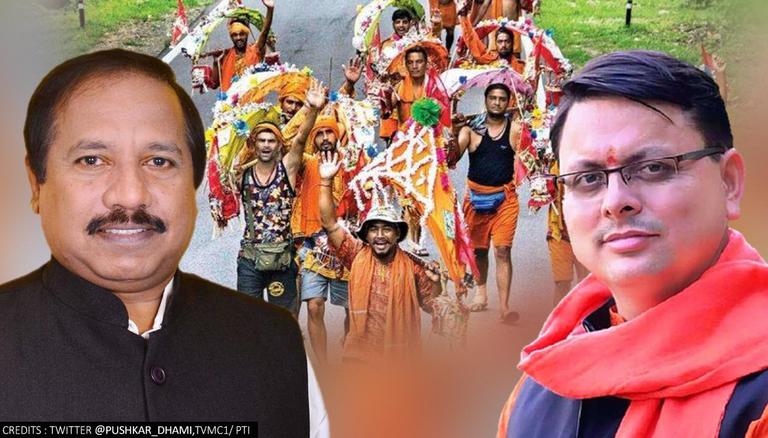 
In a letter addressed to Uttarakhand CM Pushkar Singh Dhami, the Indian Medical Association (IMA) requested him to not allow the Kanwar Yatra to take place. The Uttarakhand branch of the IMA cited the threat of the impending third wave of the novel coronavirus to buttress its point. It added, "Sir, after the first wave, we became off-guard and could not follow the guidelines of the Central government delineated for the pandemic which was a gross negligence on our part".

Holding any festival is not advisable as it can be dangerous. IMA requests the government to reconsider their decision regarding any kind of mass gatherings: Indian Medical Association President, Dr JA Jayalal to ANI

Speculations about Uttarakhand revisiting its stance regarding Kanwar Yatra gained traction after UP CM Yogi Adityanath reportedly spoke with Dhami. Already, the Uttarakhand HC has stayed the Char Dham Yatra asserting that allowing this would be akin to "inviting a calamity" amid the threat of a third wave and the Delta plus variant. It also observed that there was a "direct correlation between the Kumbh Mela gathering and consequent deaths" in the state. At present, there are 1094 active COVID-19 cases in Uttarakhand while 3,32,746 patients were discharged and 7339 deaths were reported.

'Priority is to save lives'

A day earlier, the Uttarakhand CM indicated that his government will prioritise saving people's lives from COVID-19 over allowing religious congregations. Dhami was responding to a question on the fate of the Kanwar Yatra which is feared to be a potential superspreader event amid the impending third wave of the novel coronavirus. Maintaining that an appropriate decision after holding discussions with other states, the new CM hinted that his government may not tinker with his predecessor Tirath Singh Rawat's decision to not allow the Kanwar Yatra.

Pushkar Singh Dhami remarked, "Kanwar Yatra is not just Uttarakhand's yatra. Uttarakhand is only a host state. Kanwariyas come from Uttar Pradesh, Delhi, Madhya Pradesh and other states. Thus, the number of Kanwariyas is not 10-20 lakh but exceeds 3 crores in 15 days. This is a very big number. The Kanwar Yatra did not take place last year. This issue is associated with faith and belief."

"But this issue is also linked to people's lives. That's why we are not in a hurry. In the Cabinet meeting on June 30, it was decided that Kanwar Yatra will not take place. Even after that, an official-level meeting took place to explore all possibilities. If needed, a high-level meeting will be convened. God will not desire that someone should lose their life. Even he will not like it. Our first priority is to save the lives of people," he added.