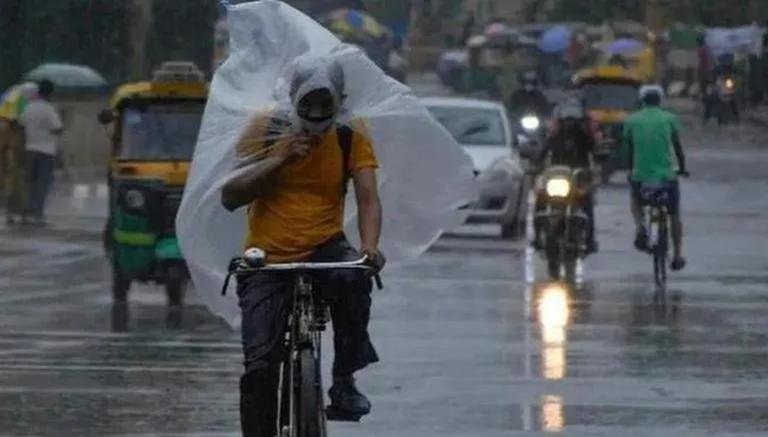 
The India Meteorological Department (IMD) in the latest weather update for June 22 has predicted thunderstorms and rainfall spells for several states including Maharashtra, Madhya Pradesh, Karnataka and Goa.

Thunderstorm accompanied by lightning and hail

As per the IMD's latest update, thunderstorms accompanied by lightning and hail at isolated places are very likely over J&K, Ladakh, Gilgit, Baltistan and Muzaffarabad, East Uttar Pradesh, Madhya Pradesh and Vidarbha.

In the southern part of India, coastal Andhra Pradesh, Yanam, Telangana, Karnataka Tamil Nadu, Puducherry and Kerala along with Lakshadweep will experience thunderstorms accompanied by lightning.

The India Meteorological Department (IMD) has issued a warning to the fishermen not to venture into the north eastern, southwestern and adjoining west-central areas of the Arabian Sea, Comorin area and Gulf of Mannar as strong winds ranging from 40-70kmph speed likely over these regions.

Squally weather with a wind speed of 40-60 Kmph is very likely over the east-central Arabian Sea, along with and off south Gujarat, Maharashtra Goa, Karnataka and Lakshadweep areas.

The weather forecasting agency has issued an orange alert to Mumbai and its adjoining Palghar, Thane, Raigad, Ratnagiri and Sindhudurg from June 22-25. Notably, an orange alert is issued by the IMD when a region is expected to experience heavy-to-very heavy rainfall consecutively for three days.

Whereas the national capital is unlikely to receive rainfall till June 26, as per IMD's forecast. For Chennai, IMD has removed the yellow alert and placed it under the "no warning" category.