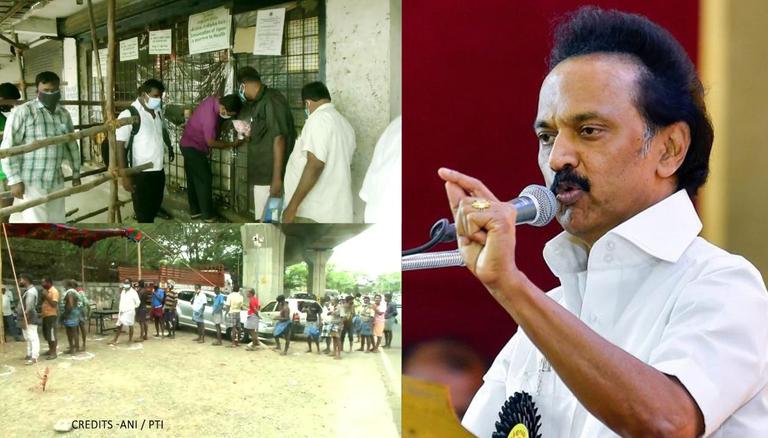 As the COVID lockdown restrictions eased in Tamil Nadu on June 14, the state-owned TASMAC liquor distribution system saw a whopping re-opening day sales of Rs 164.87 crore, with Madurai and Chennai district topping the charts. The opening of TASMAC after almost a month-long lockdown was celebrated by enthusiasts, one of whom even performed a 'pooja' before purchasing their favoured brew. The DMK-led state government announced its decision to allow TASMAC outlets to operate in 27 districts across the state, a move that was vehemently opposed by the Opposition parties including AIADMK, PMK and BJP.

While the Madurai region recorded a TASMAC sale of Rs 49.54 crores, Chennai followed next with Rs 42.96 crores worth sales. Salem and Trichy saw a sale of Rs 38.72 crores and Rs 33.65 crores respectively. As TASMAC's sales figures emerged on Monday, netizens expressed awe and joked that the sale of liquor on just one day (referring to June 14) had beaten the opening day collections of most movies.

In Tamil Nadu's Madurai district, people were seen conducting pooja right outside the liquor store. Some of the men gathered were also seen forming a queue in order to purchase liquor. However, according to the visuals, people were seen adhering to social distancing norms before purchasing the liquor from the TASMAC store. The state-run TASMAC outlets have been allowed to operate between 10 am and 5 pm. Here are some visuals from Koyambedu in Chennai.

Total TASMAC sale in TamilNadu on day one (region-wise)

CM Stalin-led DMK government's move to allow TASMAC outlets to operate did not go down well with the NDA allies who registered protests against the move. While the Tamil Nadu BJP unit staged protests against the DMK government demanding the closure of liquor outlets in the state amid COVID, Pattali Makkal Katchi founder Dr Ramadoss called for total prohibition to be imposed in the state to reportedly 'save the people against the evil effects of alcohol.'

The AIADMK, on the other hand, called out CM Stalin's double standards and asked why he opposed the erstwhile AIADMK government's move to allow TASMAC outlets to open while only 600 cases were approximately reported on a daily basis. MK Stalin, as Tamil Nadu's Leader of Opposition before coming to power, had staged protests along with his family (Kanimozhi & Udhayanidhi Stalin) against the AIADMK government's decision to open TASMAC outlets amid COVID and had even raised slogans asking why liquor stores were being opened while people allegedly died due to COVID. Sharing a video of Stalin participating in the protests, AIADMK called out the DMK government's hypocrisy and demanded an answer from the Tamil Nadu CM.