The incident followed alleged vandalism of a mosque and two shops which were set ablaze at the Chamtilla area in North Tripura district. 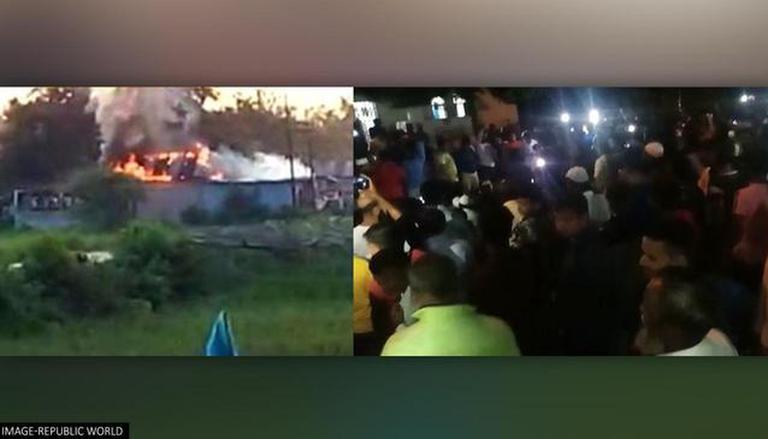 
In escalating communal tensions in Tripura, more shops in the state's Dharmanagar sub-division were attacked by a mob on Tuesday night. According to reports, members from the minority community belonging to the Damtala, Premtala, Churaibari and Phulbari areas gathered and staged demonstrations and vandalized various Hindu shops at around 9.30 PM on Tuesday, 26 October.

The spate of violence against shops and establishments began after the mob allegedly vandalized a Hindu shop at Railway Tri Junction and two vehicles of Swarup Saha at Churaibari around 10 PM. Then, as the assailants moved away, another group came to the scene and raided a Muslim shop in the area.

The incident followed alleged vandalism of a mosque and two shops which were set ablaze at the Chamtilla area in North Tripura district on Tuesday evening during a Vishwa Hindu Parishad (VHP) rally. The rally had been taken out by the VHP in protest of the Bangladesh violence against the Hindu community and its temples. At least 8 people including 2 Hindu devotees were killed while several others were injured in multiple cases of communal violence during the Durga Puja festivities in Bangladesh.

However, violence erupted during the VHP rally in Tripura after a group of people allegedly pelted stones and damaged a door of a mosque following which security forces rushed to the spot and brought the situation under control, district Superintendent of police Bhanu Pada Chakraborty said. A complaint has been lodged in this connection and mosques in sensitive areas have been given protection.

Reacting to the violence, Tripura Police stated that the situation is currently under control and "lawful action will be initiated against those who are circulating rumours on social media platforms and are trying to disturb peaceful environment".

Some people are spreading rumours and circulating provocative messeges on social media. it is appeal to all not to believe such messages and maintain peace.