India's Defence Ministry is expected to take up the case for the acquisition of 30 multi-mission armed Predator drones for the three defence forces. 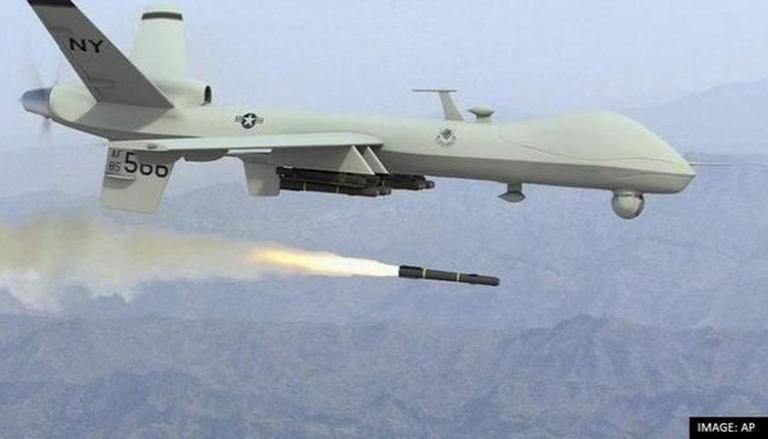 
In a big development, the Indian Defence Ministry is expected to take up the case for the acquisition of 30 multi-mission armed Predator drones for the three defence forces at a high-level meeting scheduled for the upcoming week. The development marks a significant step toward strengthening military ties with the United States. The cost of the drones will be over USD 3 billion.

The request to purchase MQ-9B long-range drones armed with air-to-ground missiles are expected to be cleared by the Defence Acquisition Council (DAC) in the coming weeks.

Defence Ministry plans to buy Predator drones for Rs 20,000 Cr from the US

If the acquisition is approved at the slated meeting led by the Defence Secretary, the decision will be further moved to the Defence Acquisition Council (DAC) for final approval by the defence ministry, and then to the Cabinet Committee on Security for final approval before the contract is signed. According to ANI sources, India and the US have been discussing the deal for more than two years and it is now in the last stages of being approved by the government.

The Indian Navy is leading the charge for this acquisition case and it is jointly putting it up for clearance from the government. Various essential components of the acquisition, including the cost component and weapons package, have already been finalised, according to the sources, and the mega-deal with the US is expected to be completed by the current fiscal year. The suggestion would be presented to the DAC in a "short while," according to Vice Chief of the Indian Navy Vice Admiral.

"The whole effort of the procurement process is that we take a very balanced decision and therefore inputs of all stakeholders are taken. The process is on and we have progressed quite a bit on this process. This will move to DAC in a short while," he had said.

All three forces will get 10 MQ-9B long-range drones

Once approved, each of the three defence services will receive 10 drones, which will be utilised for surveillance and strike missions as needed. The Indian Navy has been flying these drones in the Indian Ocean Region, and their endurance of over 30 hours allows them to improve the force's domain awareness in a region where Chinese Navy warships and submarines, as well as merchant boats, often pass through.

India is also receiving drones from Israel, which will assist them in obtaining coverage in high-altitude locations and will be outfitted with the most up-to-date surveillance technology.

(With Inputs from Agencies)

WE RECOMMEND
India vs New Zealand: Rahul Dravid explains difference in coaching U-19 and senior teams
Kia all set to expand product range in India; to drive in new model in Q1 next year
India vs New Zealand T20: NZ skipper Kane Williamson out of the squad, Tim Southee to lead
India to host 3 major events till 2031 as ICC announces 8 new tournaments; check schedule