As Afghanistan falls to Taliban's sudden takeover, Major General (Retd) GD Bakshi explains the geo-strategic situation and what India must do to tackle Taliban. 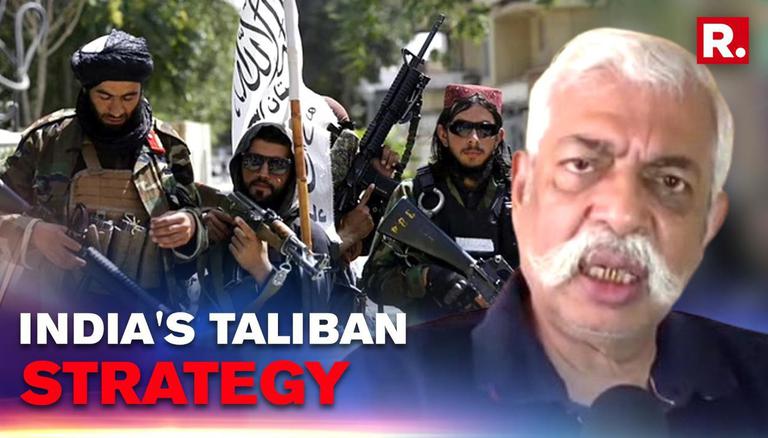 
Taliban's sudden takeover of Afghanistan has disturbed the geo-political situation in the region along with Pakistan and China diving in to provide aid to the Taliban despite the global condemnation of the terrorist group. Major General (Retd) GD Bakshi has explained in great detail the alarming situation in Afghanistan and its geopolitical ramifications increasing the possibility of the rise in Islamic terror across the region and also the world at large. As GD Bakshi explained the Afghanistan crisis, he has also expressed his opinion on how India should be prepared to counter any aggression from hostile neighbours.

According to GD Bakshi, the US has a strong belief that its presence in Afghanistan has drawn Islamic ire towards the West and wanted to divert the attention of the radicals towards China, Russia, Iran and India, of which the biggest impact would be on India. Now with the US out of the equation in Afghanistan, a substantial part of the Islamist terror will be diverted to India as Kashmir remains a thorn in the radicalised minds and an important issue in the radical Islamic world, only second to Palestine.

India's security situation has become far more complex with the Afghanistan crisis as India now has a lot to deal with on its plate, with the China-Pakistan nexus, the internal jihadi radicalism in India, the issue of Maoism, and the fourth threat of Taliban in Afghanistan all troubling India.

Afghanistan is a rentier state as it lacks resources and expertise to run the nation, especially with the Taliban takeover. So Taliban is hoping for international recognition and foreign funding. It will try to project a good image to gain the legitimacy it desperately seeks, but recognising the Taliban will be a big mistake. Taliban cannot be trusted as it has not even adhered to the Doha Peace deal and double-crossed the Americans. Kabul attack killed hundreds of Afghan civilians and 13 US military personnel and is a testimony of the Taliban's double standards.

What should India do?

Afghanistan is in a dire financial crisis and has no resources to aid Pakistan financially. Yet, Pakistan's ISI encourages the Taliban to terrorise the Afghan population to fall in line with their narrative and capture Panjshir valley. However, the Panjshir is a bastion held by the Northern Alliance, which had given a bloody nose to the Soviets. So breaching the Panjshir will be a mammoth task and it cannot be accomplished by the Taliban alone. If Pakistan gets involved, then the global community will be compelled to intervene in the crisis and so India would get an opportunity to intervene in the evolving crisis.

India doesn't need to get its boots on the ground in Afghanistan to manage the escalating situation. India needs to heavily guard and strengthen its western border right from the Line of Control to the Ran of Kutch to pressurise Pakistan. And if required, India can take the fight forward into enemy soil instead of waiting for the adversaries to breach the Indian frontiers.

How can India fight forward?

Find the opposition to the Taliban and strengthen them. At present, it is the Tajikhs (Northern Alliance members), Uzbeks will join the resistance in due course. India needs to ensure the resistance doesn't die down. Moreover, India has an airbase in Tajikistan.

India must wait for the next six months for Afghanistan to feel the bite of the economic realities followed by the food crisis, which will turn the people of Afghanistan against the Taliban. Dealing with the Taliban to evacuate Indian citizens is one thing but giving recognition to the Taliban will be a mistake if India does it. Even if the entire world recognises the Taliban, it will not be in India's best interest to recognise the Taliban, according to GD Bakshi.

India needs to understand that it cannot depend on any other nation to come to assistance as every other nation will have its own compulsions while dealing with Taliban. India cannot look for merely expanding its friend list but must rather work towards expanding its military might and downsize the adversaries in terms of manpower as well as war machinery.

India has been instrumental in contributing with the largest manpower for United Nations' peacekeeping forces. The Indian Armed Forces personnel are usually interested in getting deployed for UN Peacekeeping missions due to better monetary compensations. If a need emerges to provide manpower to aid the Northern Alliance in Afghanistan, then India must be up for it. India needs to heavily invest in drone capabilities given the enormous capacities of drone technology in the warfare scenario of the future.

India needs to be on the offensive and not wait for a situation to fight if the adversary crosses the border as it would be too late and disastrous. India must move ahead from the defeatist attitude as the Gandhian philosophy on non-violence will not work against the radical mindset. This is a civilisation wake-up call for India to not repeat the mistakes of the past and take the fight forward. Merely holding diplomatic debates through ambassadors and diplomats in the United Nations will not win wars.

India is capable of guarding its sovereignty and territorial integrity as we have a population of 1.3 billion and also one of the youngest populations in the world. We have the second-largest army, the fourth largest air force, fifth-largest navy, however, the political will to engage offensively will be a deciding factor.