Amit Khare, adviser to the Prime Minister, said people have to be creators of knowledge and not borrowers as the country aspires to become a superpower in IP. 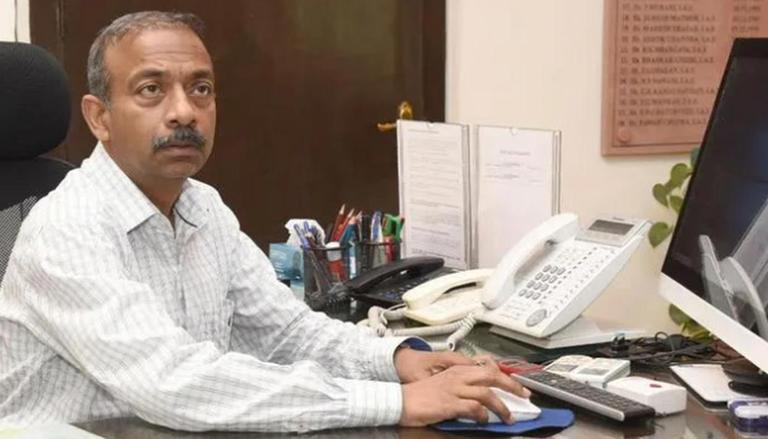 
Kolkata, Aug 19 (PTI) Amit Khare, adviser to the Prime Minister, has said people have to be creators of knowledge and not borrowers as the country aspires to become a superpower in Intellectual Property (IP).

At the 72nd foundation day of IIT Kharagpur on Thursday, Khare stressed the need for linking our past knowledge with the future, saying institutions like IITs have a role to play in it.

As we are a 100-year- old civilization, we have past knowledge and can develop it and test it empirically with the help of institutions like IITs, Khare said.

"We cannot borrow technologies and indigenize them, we need institutions like Nalanda and Vikramshila. We have to be a creator of that knowledge."

Pointing out that a multidisciplinary approach is essential for the creation of knowledge, Khare said new frontiers of knowledge are emerging due to the interface between bio-science and engineering that are being used to detect large data to help formulate policies be it in the social sector or the area of health welfare.

Turning to the issue of the social role of the country's first Indian Institute of Technology, Khare said "social responsibilities are attached to every institution. IIT Kharagpur can collaborate with local institutions and help them by providing local development and technical assistance.

"There should be a connect between the institution and the society. Society should be encouraged to develop inquisitiveness. There has to be equal awareness between industry and society. The trinity of academia, industry, and society is a must," he said.

READ | Nothing OS v1.1.3 released with camera improvements and bug fixes in India

In his address, Khare said the idea of the Gurukul that the country had 1,000 years ago is the same that exists in IIT Kharagpur today with a modern outlook and new technology.

Here you have all the faculty, staff, alumni, and students working as a team to bring something new to the same campus. .. as Team India we have to work together and encourage institutions like IIT Kharagpur to work in the direction of the Prime Minister's vision for the country."

Quoting Prime Minister Modi's five visions for making India a developed nation, he said that the overall development of the youth will be an important focus area with NEP 2020 which is designed to ensure that every child can achieve whatever potential he/she might have.

"The main pillars of the policy are enhancement of capacity compared to other developing countries. We have 27.5 per cent enrolment in Higher Education but we have to raise these figures. We should not only go for the accessibility and numbers but the quality, accountability, and regulation, working as a team on research and innovation," he said.

Khare hoped that IIT Kharagpur would improve its rankings and that the institute should develop niche areas of specialisation to excel and be among the top 10 universities in the world.

IIT Kharagpur Director Prof Virendra K Tewari said the initiatives of the premier institute towards the Indian Knowledge System and NEP 2020 shaped the higher education system and set its course for a new age of becoming the 'Vishwaguru' and boosting the 'Atmanirbhar Bharat' initiatives."

Seven niche areas comprising Advanced Manufacturing Systems for Industry 4.0, Safety Engineering and Analytics, Quality and Reliability, Healthcare, Precision Agriculture and Food Nutrition, Smart Infrastructure, and Advanced Transportation have been identified by the Institute that will drive its growth trajectory to become the top 10 universities in the world, the director said.

This year a team of eight inventors from the Bhabha Atomic Research Centre has bagged the most prestigious Nina Saxena Excellence in Technology Award 2022 for their breakthrough technical innovation in Indigenous Development of Compact Alkaline Water Electrolyser Technology for Simultaneous Production of High Purity Hydrogen and Oxygen from Laboratory to Industrial Scale.

This award has been instituted jointly by IIT Kharagpur and Dr. Akhil Sahai, an alumnus of the institute and the husband of the late Nina Saxena.