India is in talks with Singapore to restart scheduled commercial services between the countries, with two daily flights each from Chennai, Delhi and Mumbai. 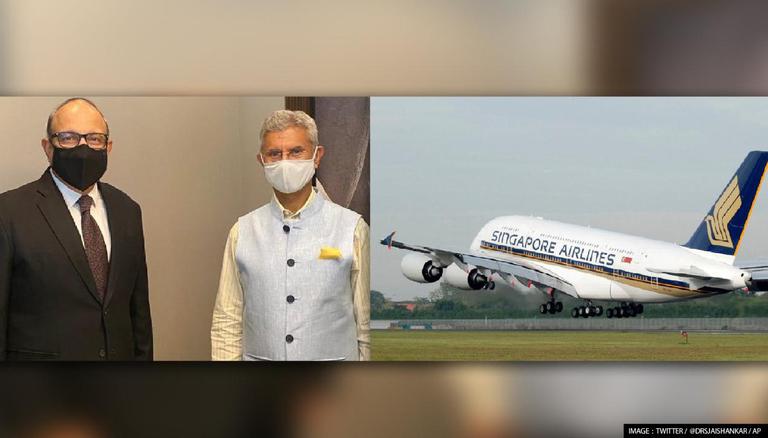 
The government of India is in talks with Singapore to restart scheduled commercial services between the two countries, with two daily flights each from Chennai, Delhi and Mumbai, reported ANI on Thursday. Currently, only repatriation is taking place through Air India, under the Vande Bharat mission.

In relief to international travellers, Singapore has announced that it will open up its Vaccinated Travel Lanes (VTL) for India from November 29 once the programme is in place, and there will be no need for quarantine for vaccinated passengers.

Travellers from both sides have been demanding the resumption of flights for a very long time. Technically, repatriation flights cannot be included under Singapore's VTL arrangement and only scheduled commercial flights are included in this programme. The announcement came on November 15, following discussions between Prime Minister Narendra Modi and his Singaporean counterpart Lee Hsien Loong.

According to ANI, Singapore is keen to restart partial operations to India and talks for resumption of commercial flights between Singapore and the Ministry of External Affairs are moving in the right direction.

Notably, External Affairs Minister S Jaishankar is currently in Singapore and holding talks with top leadership and the resumption of connectivity also came up during his talks. On Wednesday, Jaishankar met the Singapore transport minister and discussed enhancing travel arrangements between the two countries.

Singapore VTLs with other countries

India is not the only country with whom Singapore has established the VTLs. The country would allow non-quarantine travel from  Saudi Arabia, Indonesia, Qatar and the United Arab Emirates (UAE) from December 6. Since its initial COVID outbreak, Singapore has been battling a resurgence of the infection, stemming from foreign travellers a majority of whom are workers.  As of now, the country has reported a total of 237,203 cases and 586 deaths in Singapore.