India To Conduct First User Trial Of Nuclear-capable Agni-V Missile; All You Need To Know

India is expected to soon induct Agni-V missile in Indian Army which is capable of bringing targets across China within its range with flight-test today. 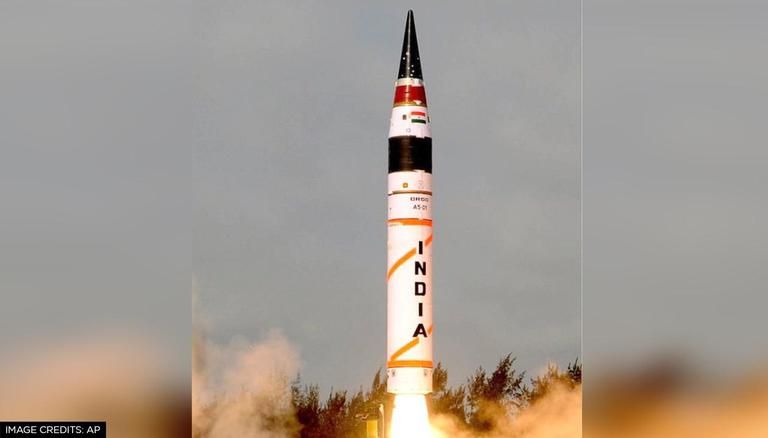 
In a significant development, India is expected to conduct a flight-test of the 5,000-km range Agni-V missile with the first user trial of intercontinental-range ballistic missile (ICBM) indicating its early induction in the armed forces. Sources informed that elaborate preparation has been done at a defence facility off the Odisha coast for the mission by the Strategic Forces Command of the Indian Army.

The important test was originally planned to take place in 2020 after the hat-trick pre-induction trials in 2018 however the operation was delayed owing to the COVID-19 pandemic which affected some important tests of the missile with Multiple Independently targetable Reentry Vehicles (MIRV).

The mission has been planned close on the heels of the successful trial of the Agni Prime missile, the first of the new class of Agni series of missiles, developed by the Defence Research and Development Organisation (DRDO). The three-stage solid-fuelled weapon with advanced guidance and new generation propulsion was fired with multiple independently targetable reentry warheads on June 28. The new Generation Nuclear-Capable Ballistic Missile Agni Prime (Agni P) was flight-tested earlier in June.

According to the Defence sources, the trial of the Agni-V missile assumes significance as it may be equipped with the MIRV capable of carrying multiple warheads. Considering its importance, the MIRV capability of the missile was secretly tested during a multi-satellite launch and no live launch has been conducted so far. For the first time, the indigenous MIRV technology was tested successfully in the Agni P missile with the weapon delivering two maneuverable warheads at two separate locations. The MIRV capability of Agni-V will give India much-needed deterrence.

It is also important to note here that recently China had raised questions against India's missile programme citing a United Nations Security Council (UNSC) resolution passed in 1998. China's Foreign Ministry spokesperson had asserted, "as for whether India can develop ballistic missiles capable of delivering nuclear weapons, the UNSCR 1172 already has clear stipulations. Maintaining peace, security and stability in South Asia meets the common interests of all, where China hopes that all parties would make constructive efforts".

Earlier, on 19 April 2012, the Agni V was successfully test-fired by DRDO from Wheeler Island off the coast of Orissa.  The test launch was made from the Launch Complex 4 of the Integrated Test Range (ITR) at Wheeler Island using a rail-mobile launcher. At that time the current Prime Minister, Narendra Modi who was Chief Minister of Gujarat had congratulated the nation's scientists.