The Indian Air Force has signed a deal for acquiring 70,000 AK-103 assault rifles from Russia under emergency provisions to replace its existing inventory. 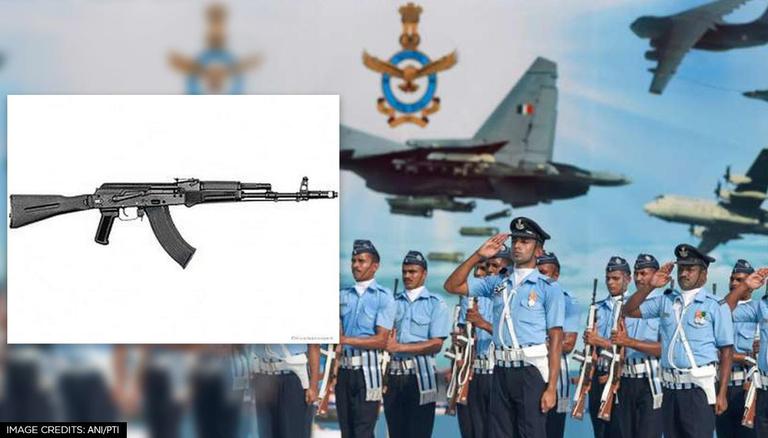 
At a time when terrorist groups operating in India are likely to get weapons left behind by the American troops in Afghanistan, the Indian Air Force (IAF) on Saturday signed a deal to acquire 70,000 AK-103 assault rifles from Russia under emergency provisions to replace its existing inventory of INSAS rifles.

New AK-103 assault rifles to come within next few months

Noting that IAF has a requirement of over 1.5 lakh new assault rifles, the new AK-103 rifles are expected to arrive into the service within the next few months. This would help India strengthen its capability to tackle terrorist attacks in a much better way.

Government sources told ANI, "The contract worth around Rs 300 crore was signed last week under emergency provisions to buy 70,000 AK-103 assault rifles from Russia. The weapons would be first provided to troops in field areas like Jammu and Kashmir, Srinagar along with sensitive air bases."

While stating that the remaining part of the requirement would be met after India and Russia sign a deal to produce the more advanced AK-203 together, sources said that the contract for the AK-203 assault rifles is being processed under the Indian Army, which requires around 6.5 lakh of these to strengthen its troops' firepower. A small portion of the IAF requirement was met by the acquisition of around 4,000 Sig Sauer assault rifles that have been procured as part of a larger contract by the Indian Army.

In recent years, especially after the Chinese aggression on the Eastern Ladak front, India's defence forces have hastened their modernisation of basic weapon systems. Troops on the front have already been provided with 1.5 lakh American Sig Sauers along with 16,000 Negev Machine Guns.

The AK-103 assault rifles are already in the existing inventory of the Marine Commandos of the Indian Navy, which uses them in operations in the Kashmir valley, where they have been deployed in the Wular lake. The emergency procurements of the Indian armed forces have allowed them to fill the critical gaps in their preparedness in war-fighting.

The forces have been given the freedom to choose the weapons they want to buy. The AK-103 is an upgraded version of the legendary and deadly AK-47. The rifles would also be provided to the Garud special forces, who are deployed across the country at airbases.