The induction of the indigenous high mobility troop carrier, 4x4 Quick Reaction Force Vehicles, came in lines with the country's initiative of "Make in India". 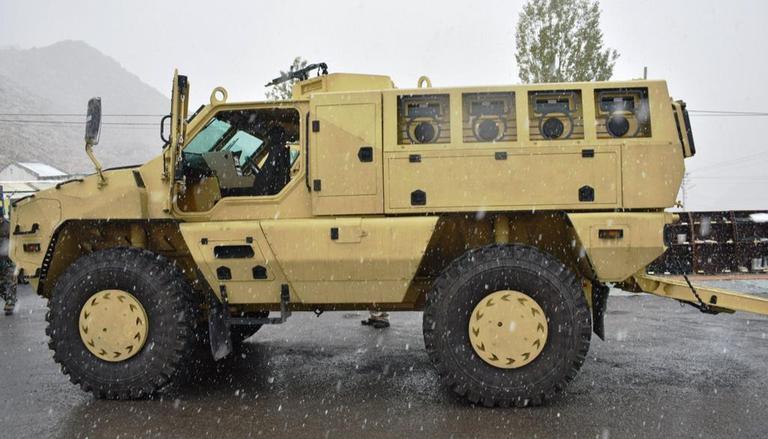 
In a big boost to Atmanirbhar Bharat, the Fire and Fury Corps of the Indian Army has inducted the indigenously developed high mobility troop carrier, the 4x4 Quick Reaction Force Vehicles (QRFV) for operations in the Ladakh sector. Notably, the vehicles have been made in India by private sector firms. According to news agency ANI, the Army had announced the induction of the 4x4 Quick Reaction Force vehicles on October 6.

The induction of the indigenous high mobility troop carrier and 4x4 Quick Reaction Force Vehicles came in lines with the country's initiative of "Make in India" and "Atmanirbhar Bharat". The induction of the vehicles also came in view of the belief that India has tremendous potential to become a leading supplier of complete defence solutions to many of its friendly nations.

Features of the QRFV

With the induction of 4x4 Quick Reaction Force Vehicles (QRFV), the Indian Army will get a massive boost during its operations in the Ladakh sector as the vehicles have the capability to offer protection from the explosives of 14 and 21 kgs. The high-mobility troop carrier also has the capability to carry 14 troops along with two tons of payload. The QRFVs also include firing ports and a 360-degree rotating turret on the roof.

Calling it an important milestone for the Air Force, the Defence Minister said, "Since independence, the IAF was dependent on foreign attack helicopters. The dire need to reduce this dependence was felt during the 1999 Kargil War. This is set to change now."

Notably, the light combat helicopters have been developed by Hindustan Aeronautics Limited (HAL), expanding the Indian government's "Make in India" initiative or "Atmanirbhar Bharat Abhiyan" to the defence sector.