In a major boost to India's defence, the Indian Army is set to receive Israeli Heron and American mini drones for upgrading its surveillance in Eastern Ladakh 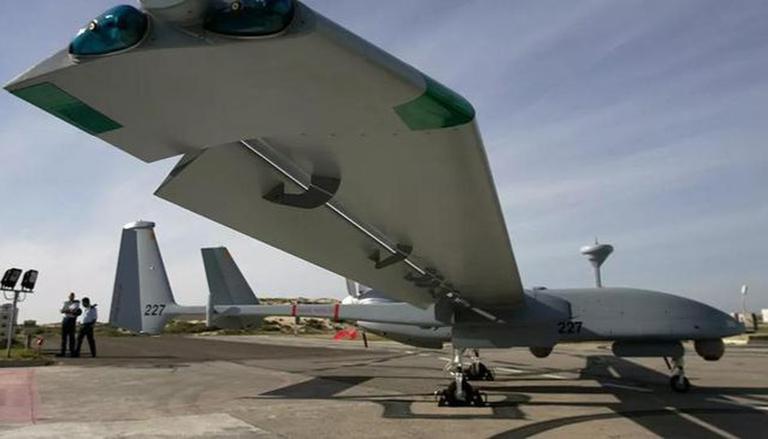 In a major boost to India's defence, the Indian Army is set to receive Israeli Heron and American mini drones for upgrading its surveillance capabilities in Eastern Ladakh and additional areas along the China border. The development comes amid the turbulent situation with China in the Ladakh region. The Indian Navy has inducted two Predator drones from an American firm on lease to carry out surveillance in the Indian Ocean region.

Indian Army to receive drones from Israel and US

"The deals for the acquisition of the Heron surveillance drones is in the final stages and is expected to be inked in December. The Herons are going to be deployed in the Ladakh sector and they will be more advanced than the existing fleet in the Indian armed forces," government sources told ANI.

The major decision comes under the emergency financial powers granted by Prime Minister Narendra Modi-led government to the defence forces. The Indian armed forces can procure defence equipment and systems worth Rs 500 crores to upgrade their warfighting capabilities, amid ongoing border conflict with China, sources added. The mini drones which will be obatined from the US will be crucial assets for the battalion level and the troops deployed on ground.

Meanwhile, the hand-operated drones will be used to gain awareness about a specific location or area in their respective areas of responsibility. The Indian armed forces have been taking these initiatives to acquire weapon systems amid the border crisis with China. Earlier, the facilities were provided to defence forces following the Balakot airstrikes.

The Indian Navy on November 21 inducted two Predator drones from American firm General Atomics on lease to carry out surveillance in the Indian Ocean region. The drones will also be deployed along the LAC in Eastern Ladakh. This acquisition also falls under the emergency procurement powers granted by the Defence Ministry. The drones have already begun flying operations and have the capability to remain airborne for over 30 hours.

Prior to the eight-round of diplomatic talks between India and China two weeks back, Chief of Defence Staff (CDS) General Bipin Rawat had stated that the situation along the LAC remains tense. Speaking at the diamond jubilee seminar of the National Defence College, in a reference to the current border situation, Gen Rawat had said  People's Liberation Army (PLA) is facing unanticipated consequences of its misadventure in Ladakh because of Indian Army's firm & strong response. The eight-round of diplomatic talks to defuse border tensions at the LAC was held on November 6 with 14 Corps Commander Lieutenant General PGK Menon leading the Indian side. After the sixth round, India and China jointly decided to freeze the movement of troops, weapons and other deployments on either side until the issue is resolved.

Prior to these corps commander level talks, virtual talks were held that attempted to de-escalate tensions with diplomatic involvements and to implement the five-point agreement reached between their foreign ministers in Moscow on September 10. External Affairs Minister Jaishankar and his Chinese counterpart Wang Yi had held a bilateral meeting on the sidelines of a Shanghai Cooperation Organisation (SCO) where they had reached a five-point agreement which included quick disengagement of troops and avoiding actions that could escalate tensions.