On their deployment to the Western Pacific region, the Indian ships and the Philippines Frigate during the exercise incorporated various operational manoeuvers 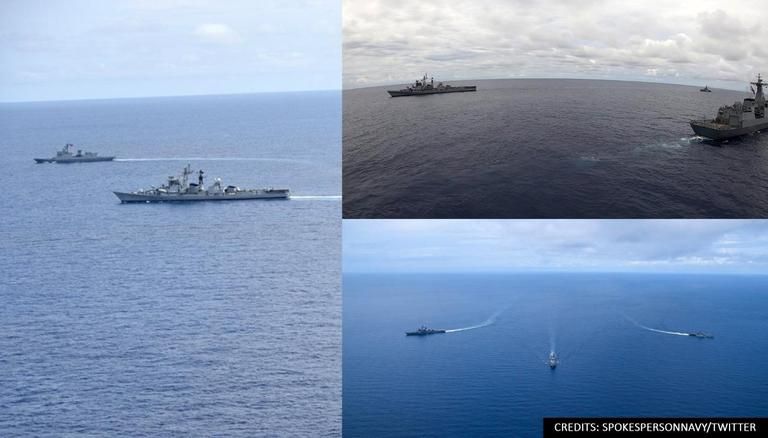 
In what may be called an attempt to counter Chinese dominance in the Western Pacific Ocean and to collaborate with partner nations, two vessels of the Indian Navy conducted a maritime partnership exercise with the Philippine Navy on Monday.

On their deployment to the Western Pacific region, the Indian vessels along with the Philippines Frigate during the exercise incorporated various operational manoeuvers. The participating ships of both the navies were pleased with the consolidation of interoperability achieved through this operational interaction at sea.

The Indian naval ships are currently deployed to the Western Pacific to reinforce India's maritime security while collaboration with partner nations. The synergy with BRP Antonio Luna was, therefore, an enriching opportunity for the Indian Navy to consolidate its bilateral relations with the Philippine Navy.

Implying with the prevailing norms of the pandemic, the exercise was conducted in a contactless manner and all necessary health and safety protocols were strictly observed. Following the exercise, the Indian naval ships are scheduled to call at Manila Port for restoration.

India and the Philippines share a strong defence and security cooperation built over several years and spanning across all domains. Both navies continue their commitment to further intensifying bilateral collaboration in the maritime domain towards a collective aim of ensuring a stable, peaceful and prosperous Indo-Pacific.

Meanwhile on Saturday, August 21, Indian Naval vessels Shivalik and Kadmatt, as part of their ongoing deployment to several nations in Southeast Asia and the Pacific Ocean reached Guam. The ships will be participating in the annual MALABAR-21 joint naval exercise.

#INSShivalik and #INSKadmatt arrived at Guam islands, USA on 21 Aug 21 as deployment to nations in #SouthEastAsia & the Pacific Ocean. The ships will participate in the annual #Exercise MALABAR-21, between navies of Australia, India, Japan & USA. https://t.co/Z5KuRYF2Vi pic.twitter.com/sRrTdg6iuV

As informed by the Ministry of Defence on Sunday, Indian Naval ships which reached the island territory of the USA on Saturday are all set to participate in MALABAR-21, a joint naval exercise between Australia, India, Japan, and the USA. The annual Malabar series is a maritime exercise that commenced in 1992 as a bilateral between India and the United States. It has grown over the years and included four prominent navies in the Pacific and the Indian Ocean region.