Indian Council of Medical Research (ICMR), the apex medical body monitoring the spread of COVID-19 in India, on Thursday in a statement said that a total of 2,74,599 samples from 2,58,730 individuals have been tested till 9 pm on April 15. It said that 11,297 individuals have been confirmed positive among suspected cases and contacts of known positive cases in India. The statement added that until 9 pm, 28,941 samples were reported in the past 24 hours out of which 953 were positive for COVID-19.

ICMR: 11,297 individuals have been confirmed positive 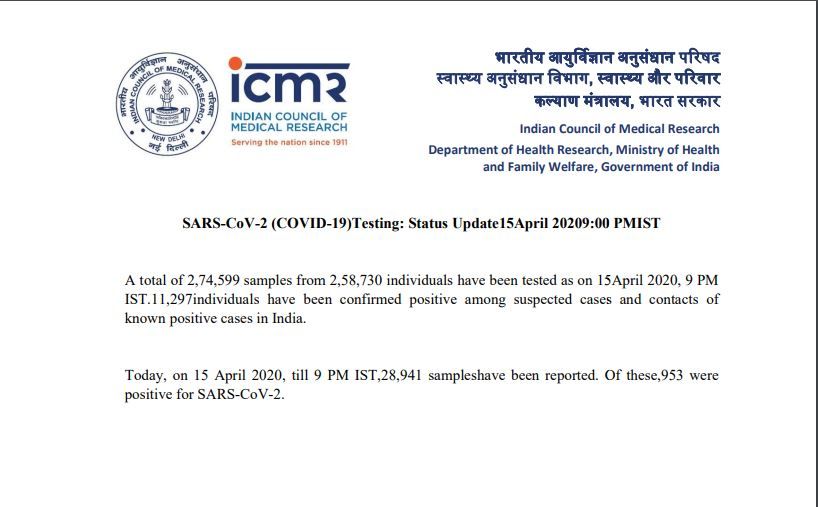 Meanwhile, with 941 more COVID-19 cases in the last 24 hours, India's coronavirus tally crossed the 12,000 mark with the tally reading at 12,380 cases, said the Union Ministry of Health and Family Welfare on Thursday. Out of the total tally, 10,477 patients are active cases while 1,489 patients have been cured, discharged and migrated. With 37 more deaths reported in the last 24 hours, the death toll has risen to 414. 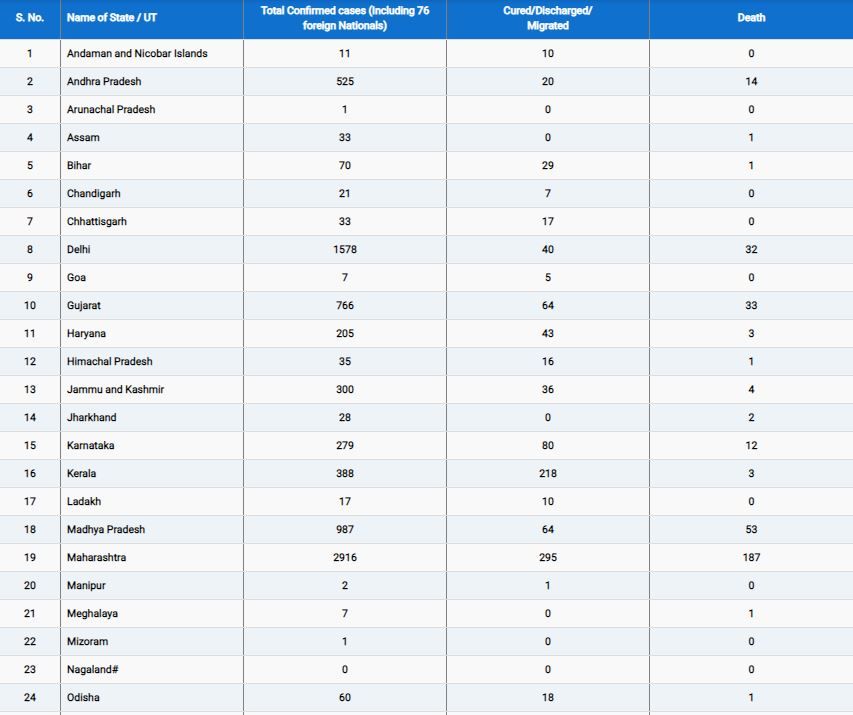 To ensure maximum containment of coronavirus during the lockdown period, the Union Health Ministry has asked states to classify districts into hotspots, non-hotspots and green zones. The Centre has declared 170 hotspots --- 123 hotspot districts with large outbreaks and 47 hotspot districts with clusters --- in 25 states and Union territories.

Besides, it has identified 207 non-hotspot districts with clusters in 27 states. Districts witnessing a high number of cases or high growth rate of infections are being marked as hotspots; districts where some cases have been found as non-hotspots; and those which have reported no cases as green zones.

In a letter to all chief secretaries of states and UTs, Union Health Secretary Preeti Sudan said hotspot districts need to ensure implementation of the outbreak containment plan, adding that the states also need to identify hotspots based on the doubling rate of confirmed cases.

READ | Health Ministry: Districts to be classified into 3 categories on COVID-19 contamination