J&K Govt terminated an employee of Govt Medical College, Rajouri who posted a WhatsApp status celebrating the defeat of the Indian Cricket Team against Pakistan 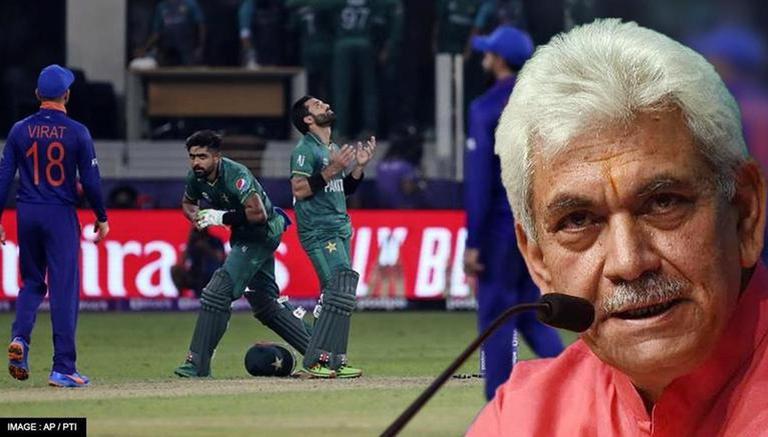 
Acting tough on those batting for Pakistan, Jammu and Kashmir administration has terminated an employee of Government Medical College, Rajouri who posted a WhatsApp status celebrating the defeat of the Indian Cricket Team against Pakistan in T-20 World Cup 2021.

Order for termination of Safiya Majeed, working as OT Technician has been issued by Dr Brij Mohan, Principal, Government Medical College, Rajouri terming the act as “disloyalty towards the nation”. Safiya, on October 23, posted a total of seven WhatsApp status updates from 11.32 PM to 11.49 PM showing the celebration of the defeat of the Indian Cricket Team against Pakistan.

The copy of the order which lies with Republic World reads, “Whereas a viral video has come to the notice of undersigned from different media platforms and also from Dysp HQ, Rajouri who sent the same via WhatsApp in which Miss Safiya Majeed OT Technician, engaged and working as OT Technician in GMC & AH Rajouri seems to have posted her WhatsApp status showing celebration of defeat of Indian Cricket Team against Pakistan in T-20 World Cup 2021, the activity which seems to be disloyalty towards the nation.”

It further added, “And Whereas no employee of this institution shall be allowed to be disloyal to the nation. And whereas, as reported by HoD Gynae and Obst., the said engagee proceeded on casual leave for five days w.e.f 21-10-2021 and also failed to join her duties on expiry of said leave. And whereas no prior notice is required to be given to such employee for gross indiscipline in her duties”.

“Now, therefore keeping in view above facts and circumstances, it is hereby ordered that the services of Miss Safiya Majeed OT Technician engaged on Academic Arrangement Basis under SRO-24 (now read as S.O 364 dated 27-11-2020) stands terminated with immediate effect,” it added.

This comes after a college in Kashmir dismissed three engineering students for reportedly posting a WhatsApp status applauding Pakistan players following their victory over India in the T20 World Cup. Local BJP youth wing leaders also filed a police complaint against them at the Jagdishpura police station. SP Vikas Kumar said that the police had received a complaint about it and that they would take action based on the complaint. The college administration suspended the students on Monday.