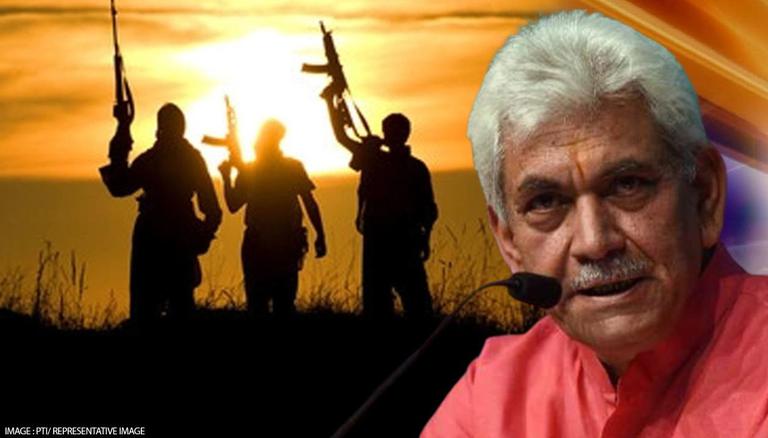 
"A befitting reply will be given to the perpetrators of the heinous terror attacks on innocent people," the Jammu and Kashmir Lieutenant Governor Manoj Sinha affirmed on Thursday as he came down heavily on the gruesome killing of two government school teachers in a terrorist attack in J&K's Eidgah area in Srinagar.

LG Manoj Sinha rebuked terrorist outfits for muddling peace in the union territory and added, "The terrorists and their patrons will not succeed in disturbing peace, progress, and prosperity of J&K UT. My deepest condolences to the bereaved family, friends, and colleagues."

'Kashmir belongs to people of all religious beliefs'

Srinagar Mayor Junaid Azim Mattu too censured the act and claimed Pakistan-backed the elements behind the killing of government school teachers. "The elements backed by Pakistan are behind this. We should all come out on the streets and take a stand as a society that we will not allow this. I appeal to communities to stand together. Kashmir belongs to people of all religious beliefs," Mattu said.

The two school teachers were shot dead by terrorists in the early hours on Thursday. The attack took place in Eidgah Sangam, a downtown area of Srinagar where the two teachers were dragged from the classroom and shot dead by the terrorists. The victims - Satinder Kaur and teacher Deepak Chand were both residents of Allochi bagh.

Following the attack, the Jammu and Kashmir Police along with the CRPF reached the spot where the attack took place. The Resistance Front (TRF), an offshoot of Pakistan-based Lashkar-e-Taiba too has threatened and warned that minorities and other locals will be targeted.

Earlier on Tuesday, three civilians in Jammu and Kashmir lost their lives in separate terrorist attacks within almost one hour. According to the official information provided by the Kashmir Zone Police, the first terrorist attack was done in Srinagar's Iqbal Park area, then near Madina Chowk Lalbazar, and lastly at Bandipora district. Reportedly, the Resistance Front (TRF), an offshoot of Pakistan-based Lashkar-e-Taiba has claimed responsibility for the attack.

In the first attack, a prominent Kashmiri Pandit named Makhan Lal Bindroo was shot dead outside his pharmacy in Srinagar, near Iqbal Park. He was a prominent businessman in the valley region with two medical stores in Srinagar including one started by his family in 1947. The area was later cordoned off and a search to nab the terrorists was initiated.