Here is a part of the Gazette Notification that establishes J&K, Ladakh as Union territories 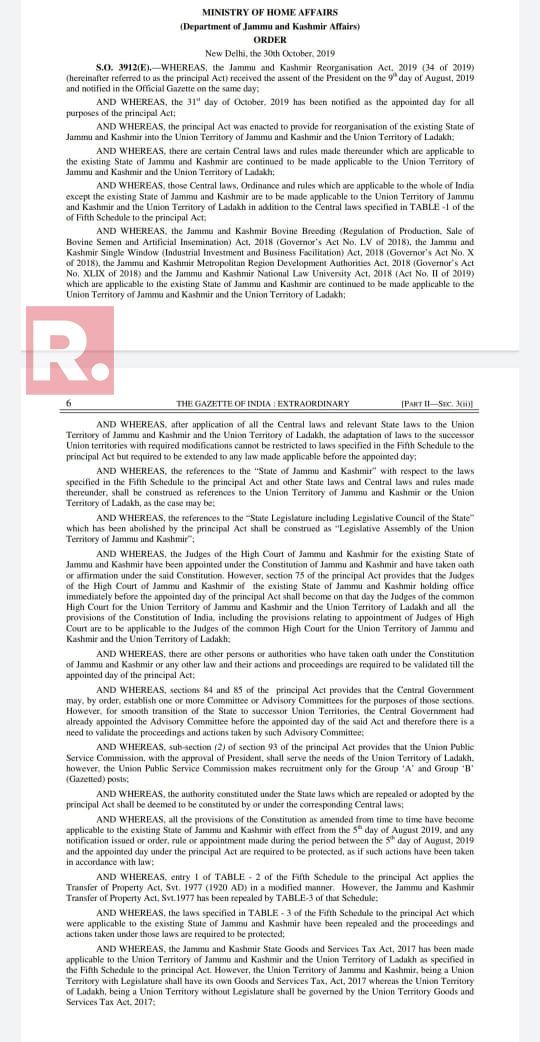 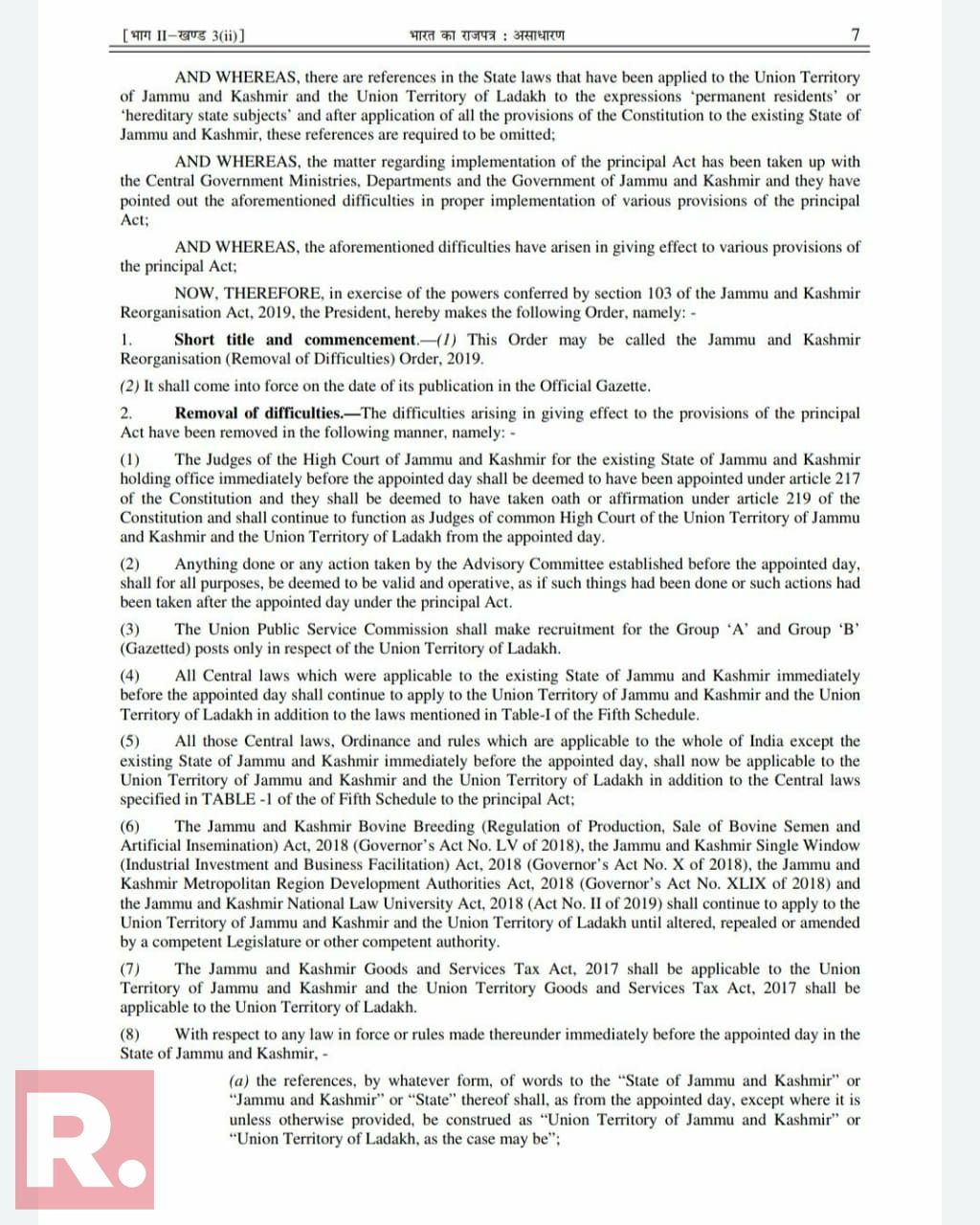 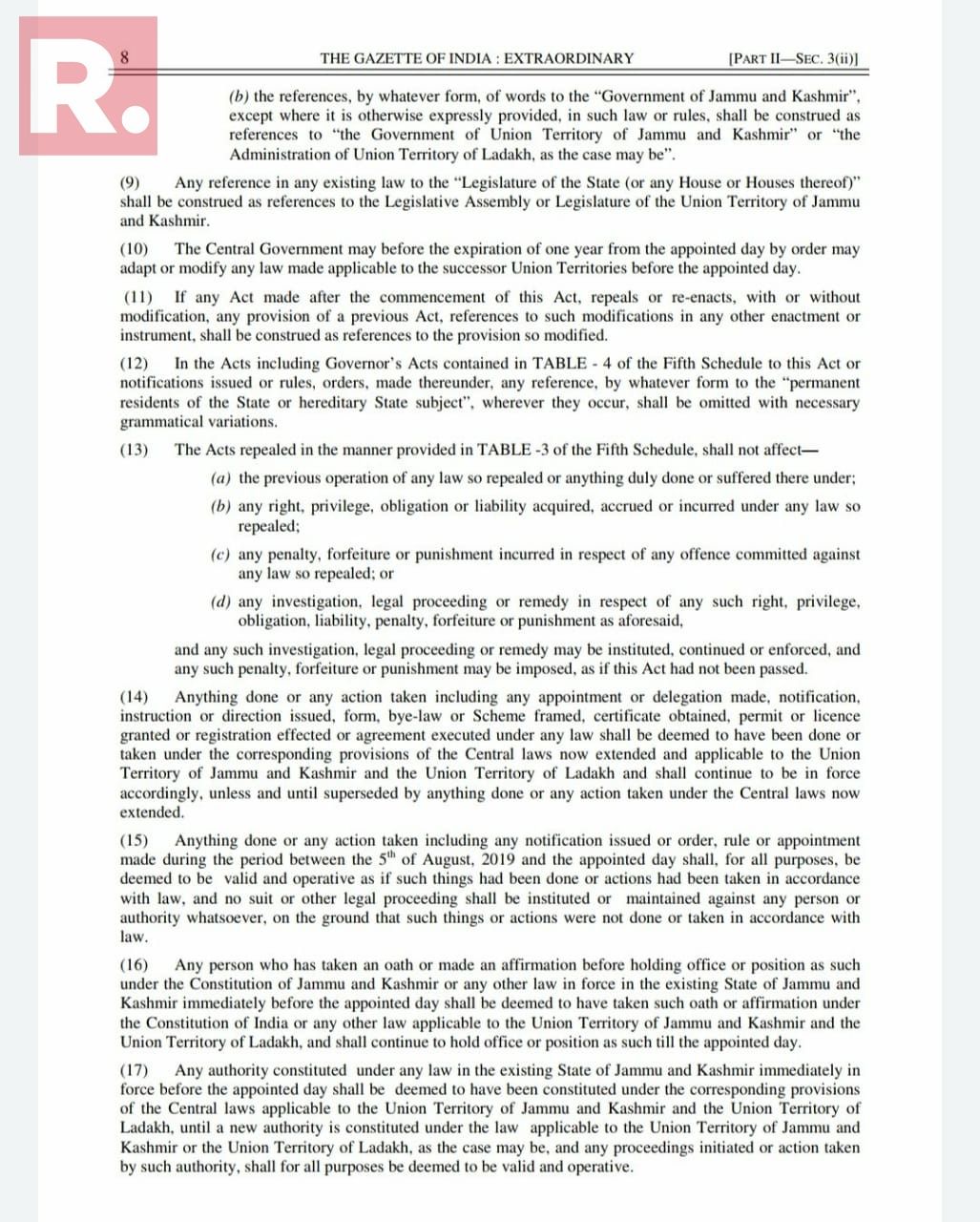 Excerpts from the Gazette Notification

About Article 370, Article 35A and their abrogation

The historic abrogation of Article 370 and Article 35A took place after Home Minister Amit Shah tabled a proposal to revoke Article 370 from Jammu and Kashmir allowing its full integration into the Indian Union on August 5 in the Parliament. The historic moment was met with a massive uproar in the Rajya Sabha.

PEOPLE HAVE PLEDGED SO FAR
'NC to support any measure to stamp out terrorism from J&K': Rana
European Delegation visit to J&K slammed by opposition
Parliamentary panel to examine admin & welfare of J&K, Ladakh people
J&K, Ladakh to get equitable benefits: Union Minister Jitendra Singh
From midnight, J&K will cease to be a State; 2 new UTs to form
50-bedded AYUSH hospitals to be setup in every district of JK: Nayak
AAI extends screening of passengers coming in from China to Chennai airport
SDRF conducts mock drill in Uttarakhand for disaster response preparedness
DO NOT MISS
SIBAL: 'WHO IS 'TUKDE-TUKDE' GANG?'
INDIAN EMBASSY ISSUES DIRECTIVE
ANDHRA CM TO ABOLISH UPPER HOUSE
VIJAYVARGIYA'S BIZZARE STATEMENT
BCCI DISAPPOINTED WITH VIRAT KOHLI
LIFE INSURANCE FOR NRI IN INDIA