Senior BJP leader and former legislator Devender Singh Rana on Saturday said the terror eco-system in Jammu and Kashmir is on the last breath due to “pro-people and pro-development” policies of the union government. 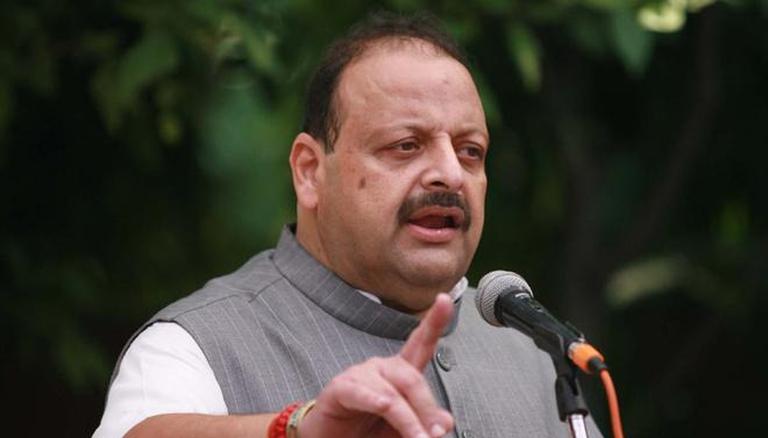 
Senior BJP leader and former legislator Devender Singh Rana on Saturday said the terror eco-system in Jammu and Kashmir is on the last breath due to “pro-people and pro-development” policies of the union government. He said Pakistan-sponsored terrorists, supported by chosen few sympathisers including “irrelevant and disgruntled” political actors are destined to fail in their machinations on the face of strong resentment by the people and resolute strategy of the forces.

“Jammu and Kashmir, especially the valley, is on the path of recovery, peace and normalcy due to pro-people and the pro-development policies of the Centre, pro-actively being pursued and implemented by the UT administration,” Rana said welcoming Choudhary Showkat, who heads an NGO into the BJP at a function held in Nagrota constituency.

He said the terrorists have become desperate and are on run for their lives in the wake of sustained anti-terror operations by the valiant security forces with the active public cooperation. “The terror ecosystem is on the last breath. The zero tolerance strategy for terrorism is delivering positive results with terrorists finding their space shrinking,” the BJP leader said.

Without naming anyone but apparently referring to the recent statements of former chief ministers Omar Abdullah and Mehbooba Mufti on the prevailing security situation, he said the decisive war against terror has unnerved the entire eco-system, especially the vested interests that have based their politics on dead bodies and have unfortunately benefitted from the cult of terror.

“The people are appreciative of the fast improving situation with stone pelting and the culture of shut downs becoming a nightmare of the past. The economic activities have gained momentum and tourism is picking up much to the delight of the people in general and those engaged with tourism trade in particular,” he said and referred to the advance bookings and 100 per cent occupancy in hotels and lodges.

This has raised hope among the stakeholders as also varied segments of the society associated with trade and tourism directly or indirectly, he said, asking how can this scenario be acceptable to those believing in “boiling Kashmir” for furtherance of their political agenda, which is why they are questioning the parameters of normalcy with barbaric acts of terror incidents that have claimed the lives of innocent civilians in recent weeks, triggering shock and grief across the nation.

Rana exuded confidence that the people will continue to support the initiatives of heralding peace and normalcy in J&K, which is imperative for overall development of all the regions and sub regions, irrespective of caste, creed and religion, as per the cherished agenda of Prime Minister Narendra Modi seeking ‘Sabka Saath, Sabka Vikas, Sabka Vishwas’. He said peaceful Jammu and Kashmir will also lead to massive investments, a key to growth and job generation.

The BJP leader cautioned the people against myopic political leaders, who do not hesitate in sacrificing public interest for personal benefit to remain relevant in politics. “Normalised J&K is against their scheme of things and political maneuvering that has kept them closer to power corridors by indulging in deceit, deception and double speak,” he said. He said time has come to call their bluff and work for realising prosperous, peaceful and progressive J&K where equitable opportunities are available to all, with discrimination or appeasement to none.