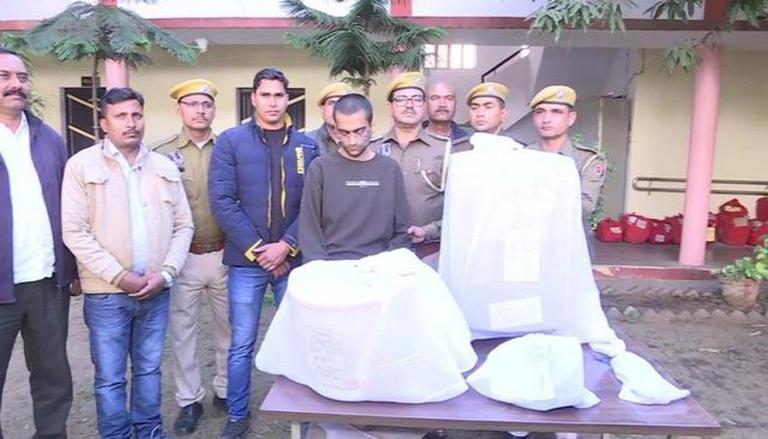 
In a shocking case from Rajasthan's Jaipur, a 32-year-old man allegedly murdered his aunt and dismembered the body into pieces before dumping them along the Delhi Highway, police said.

After committing the crime, the accused, identified as Anuj Sharma, informed the police that his aunt had been missing and started searching for her along with other relatives.

During the probe, Sharma told cops that his aunt Saroj Sharma (65) went to the temple on December 11 night and was missing since then. The police found his statements misleading and interrogated him, following which he disclosed that he bludgeoned his aunt to death with a hammer on December 11.

Subsequently, he was detained. During interrogation, he admitted to having murdered Saroj Sharma by hitting her head with a hammer.

"Way in which he used Google Maps to dispose of the body & tried to conceal facts shows he's crafty. Probe reveals he did this over trivial quarrels -it shows he's a psycho. He's crafty and psycho," Virendra Kulin, SHO, Vidhyadhar Nagar Police Station said.

"The accused had done BTech. He was associated with one Hare Krishna Movement since 2013 and was working with ISKCON until recently," Kulin added.

According to the police, Anuj wanted to go to the national capital but his aunt refused. This led to a heated argument and he hit her with a hammer in the kitchen.

The accused then shifted the body to the bathroom and cut it into around 10 pieces. Later, he took the body parts in a suitcase and dumped them at separate places along the Delhi highway. The police have recovered most of the body parts.

The Jaipur incident is similar to the Shraddha Walkar murder case wherein the victim was killed by her live-in partner Aaftab Poonawala in Delhi.