A government training institute in J&K Shopian was named after Lieutenant Amit Koul, who was killed in action in Kargil. Amit belonged to the Shopian district 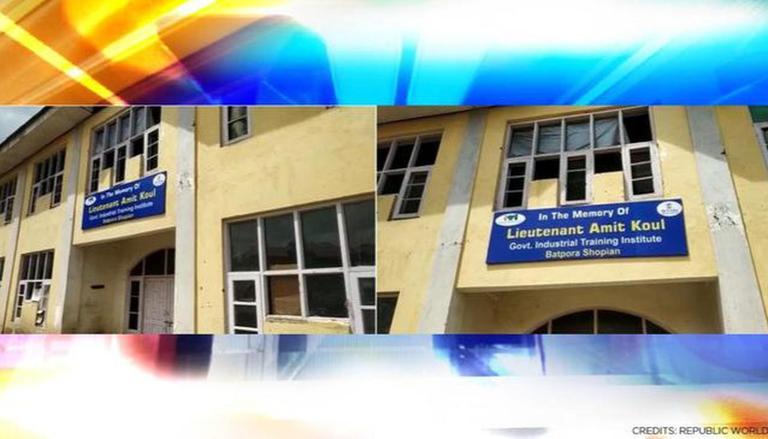 
The Jammu and Kashmir authorities have started naming educational institutions in the Union Territory after martyred Army, Police and CRPF personnel. A week after the administration decided to name schools after martyrs, a government training institute in Shopian was named after late Lieutenant Amit Koul, who was killed in action in Kargil. Lt Koul, who served in the 2nd Engineer Regiment of Madras Engineer Group, belonged to the Shopian district in J&K. The valiant soldier lost his life in the Kargil conflict on October 27, 1998.

Last week, a direction was issued to identify government educational institutions across the UT, to be named after the martyrs of police/CRPF and Army. Some of the districts have already submitted the schools that can be named after those who sacrificed their lives in the line of duty.

Welcoming this development, former J&K Deputy CM Kavinder Gupta suggested that apart from schools, names of martyrs should be given to other organizations such as parks, airports and universities.

This move assumes significance in the wake of the completion of two years since the revocation of J&K's special status and the upcoming Independence Day. The last two years of the abrogation of Article 370 have given way to a new dawn in Jammu and Kashmir. Ahead of Independence Day, Srinagar's Clock Tower in Lal Chowk was illuminated in the colours of the Tricolour. In another milestone, for the first time, every government school in Union Territory will hoist the Tricolour marking the 74th Independence Day.

On  August 5 2019, the Central government revoked the special status, or autonomy, granted under Article 370 of the Indian Constitution to Jammu and Kashmir. The region was further bifurcated into the Union Territories of J&K and Ladakh. Thereafter, restrictions on the movement of people and communication were imposed in the state, which was gradually lifted over the months. This year, India celebrated the second anniversary of this historic decision.