Kangana Ranaut recently took to Instagram and backed motivational speaker and founder of Isha Foundation, Sadhguru when he spoke about not banning crackers. 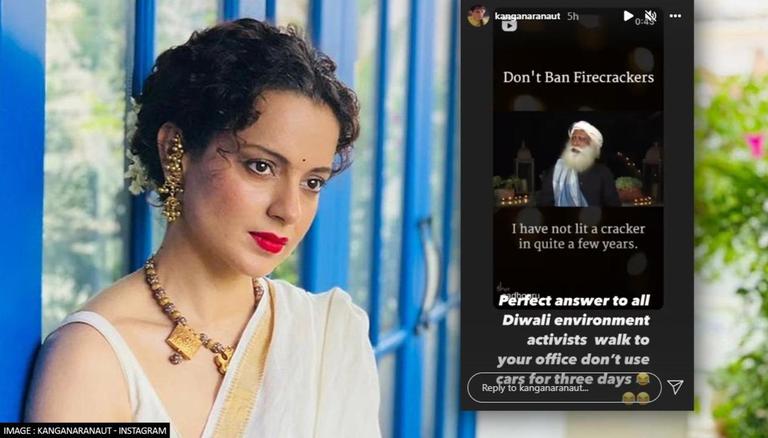 
Bollywood actor Kangana Ranaut recently took to her verified Instagram handle and backed Isha Foundation founder and mystic Sadhguru over his argument on not banning firecrackers. The actor reposted the video by Sadhguru and praised him for planting millions of trees. She also stated that Sadhguru's explanation is a 'perfect answer' to all the Diwali environment activists.

Taking to her photo-sharing site, Sadhguru shared a reel video featuring himself. He can be seen saying, "I have not a lit a cracker in quite a few years. But when I was a child, how much it meant. From the month of September, we'll be dreaming crackers. And after Diwali is over next one-two months, we will save the crackers and keep on doing it every day."

The yoga guru continued, "Let not people who are suddenly environmentally active say, 'No child should have crackers.' This is not a good way to go. All those people who are concerned about pollution in the air, you can do one thing, as your sacrifice for the children so they can enjoy. Adults can stop the crackers. For that three days, you walk to your office, don't drive your car. Let children have fun out bursting crackers."

Reposting the video, the Queen actor wrote, "He is the man who caused world record of green cover by planting millions of trees." In her next IG story, she continued, "Perfect answer to all Diwali environment activists walk to your office don't use cars for three days" with a string of laughing out loud emoticons. 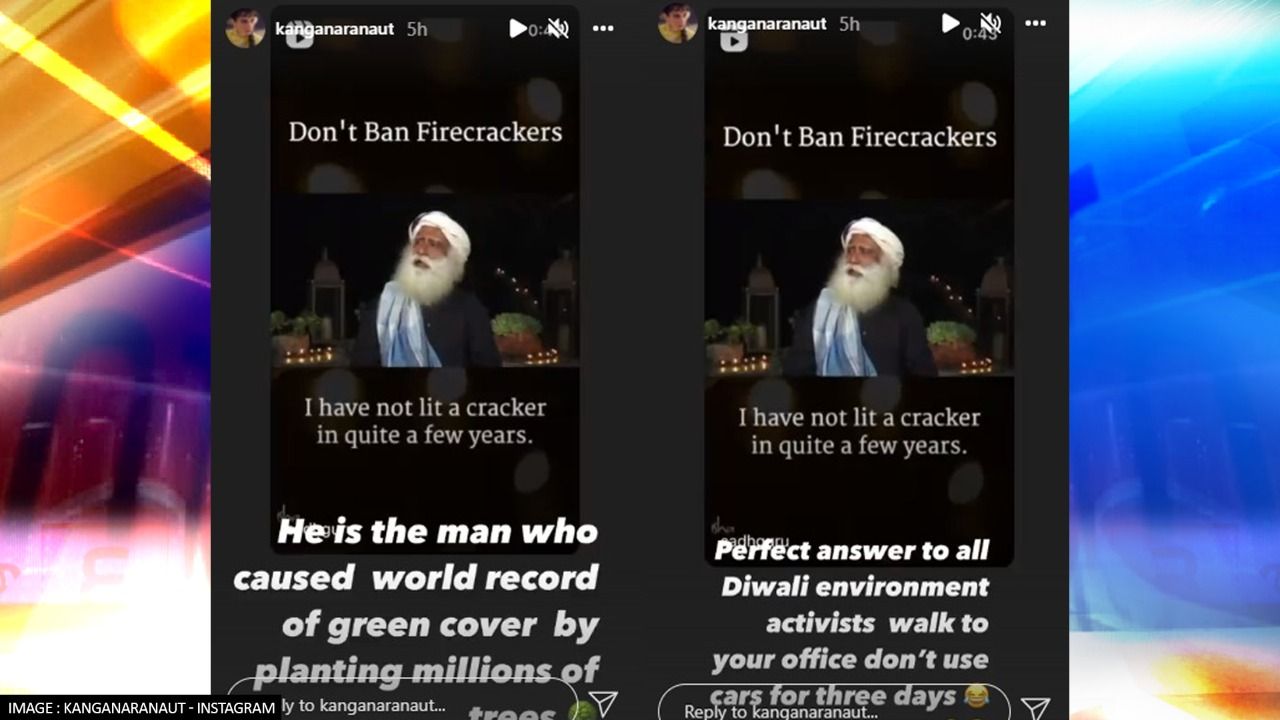 Meanwhile, on the work front, the Thalaivii star recently wrapped up the shooting schedule of her another upcoming film, Tejas. She is currently shooting for her next Tiku Weds Sheru film, where she is also donning the cap of a producer for the first time under the banner of Manikarnika Films. The film is being touted as a dark comedy featuring actor Nawazuddin Siddiqui in the lead role. The actor previously held a meeting with the Sacred Games star at her office while discussing the next film. Apart from Tiku Weds Sheru, Ranaut will next be seen in Emergency, Manikarnika Returns: The Legend Of Didda, Dhaakad, Tejas, and The Incarnation: Sita.