Karnataka CM BS Yediyurappa instructed the officials to fast-track the implementation of various projects to boost economic recovery and deal with heavy rains. 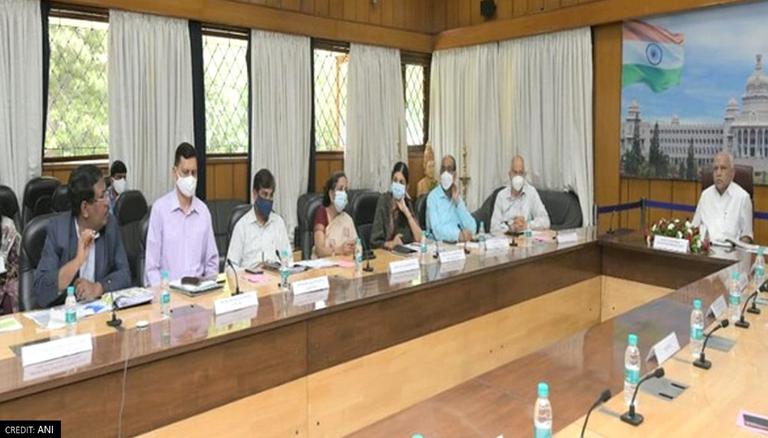 
Karnataka Chief Minister BS Yediyurappa on Tuesday instructed the officials in a meeting to fast-track the implementation of various projects to boost economic recovery post-pandemic. The meeting was held to review the progress of 96 Central Government and Centrally Sponsored Schemes across 24 departments like Jal Jeevan Mission, National Health Mission, and PM Awas Yojana.

Amidst the discussion regarding the post-pandemic recovery period, the severity of the ongoing threat of floods and landslides was also discussed in the meeting. Yediyurappa participated in a virtual meeting to discuss the damages caused by rains and the actions taken so far to deal with them. The meeting was with the deputy commissioners and chief executive officers of districts that recorded heavy rains. During the past eight days, districts like Kodagu, Bellary, Hassan, Udupi, Shivamogga, Uttara Kannada, Mangalore, Chikmagalur, Vijayapura, Kalaburagi, Mysore, Koppal and Belgaum received heavy rains and the district authorities were advised to take precautionary measures.

The Chief Minister assured the district officers that the state government will set up advanced machinery to fight the problem of flooding. However, to deal with the imminent issue, Yedirurappa has advised the deputy commissioners to use the funds already available in their personal deposit accounts. Udayavani newspaper reported that a person died and multiple houses were submerged in the Dakshina Kannada and Udupi districts of coastal Karnataka due to heavy rains.

The district officials on Monday issued a ‘red alert’ hoping to control the situation. IMD Director Bengaluru C.S. Patil informed that the coastal districts of Karnataka have been issued a ‘yellow alert’.

A special team is to be formed to identify rivers that might cause a landslide. The Chief Minister also made the decision to evacuate people from areas that are prone to landslides and shift them to safe areas before the situation worsens. The CM also promised to take immediate action by releasing funds in the scenario of crop damage due to extensive rains. Other officials like Deputy Chief Minister Govinda Karajola, Revenue Minister R. Ashok, Home Minister Basavaraja Bommai, Labor Minister Shivaram Hebbar, Agriculture Minister BC Patil, Chief Secretary P Ravikumar were also present at the meeting.