Karnataka CM BS Yediyurappa has ordered the district officials to oversee the heavy rainfall situation in the districts and assured all kinds of support. 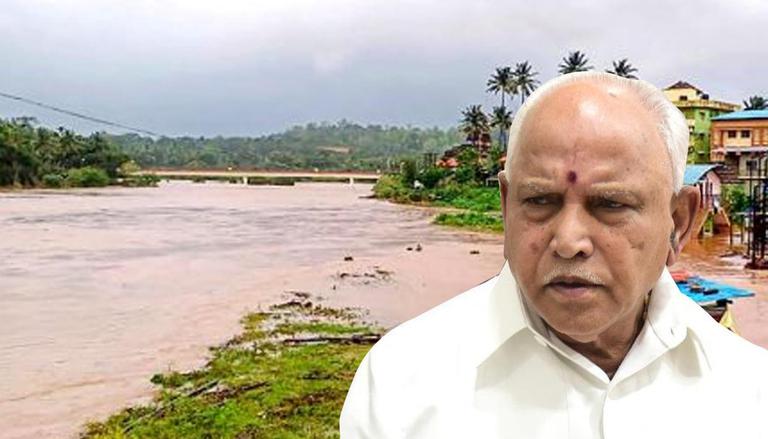 
Karnataka Chief Minister BS Yediyurappa, on Friday, has directed all districts in charge and MLAs to oversee relief efforts in the wake of heavy rains and floods in the State. BS Yediyurappa also spoke to District Commissioners regarding the ongoing incessant rain situation. Furthermore, Karnataka CM assured all kinds of support for the relief and rescue efforts as the state is battling with heavy rain in its several parts. In addition to this, the CM also extended State Government's support to farmers who are affected by the situation.

In the wake of heavy rains across the state, I direct all district in-charge ministers and MLAs to be present in their respective districts and constituencies to oversee rescue and relief efforts being carried out by district administrations. (1/2)

Spoke to District Commissioners and reviewed the situation arising due to incessant rain in several parts of the state. State govt will extend all necessary support to the relief and rescue efforts and assist farmers who suffered losses due to untimely rain and hailstorms. (2/2)

After Karnataka observed heavy rain and thunderstorm on Thursday,  the Indian Meteorological Department (IMD) tweeted on its official Twitter handle on Friday and warned the State of more heavy rainfall during the next five days. It stated that the western end of the monsoon trough at mean sea level has moved slightly southward but still runs north of its normal position during the next three days.

On July 21, BS Yediyurappa participated in a virtual meeting to discuss the damages caused by rains and the actions taken so far to deal with them. The meeting was with the Deputy Commissioners and Chief Executive Officers of the districts that recorded heavy rains. During the past eight days, districts like Kodagu, Bellary, Hassan, Udupi, Shivamogga, Uttara Kannada, Mangalore, Chikmagalur, Vijayapura, Kalaburagi, Mysore, Koppal, and Belgaum received heavy rains and the district authorities were advised to take precautionary measures.

READ | Two swept away in Maha's Wardha after heavy rains

The Chief Minister also assured the district officers that the State Government will set up advanced machinery to fight the problem of flooding. However, Yedirurappa has advised the Deputy Commissioners to use the funds already available in their personal deposit accounts to deal with the heavy rainfall in the State. As far as the fatalities are concerned, Udayavani newspaper reported that a person died and multiple houses were submerged in the Dakshina Kannada and Udupi districts of coastal Karnataka due to heavy rains.

Also, there's a special team that is yet to be formed to identify rivers that might cause a landslide. The Chief Minister made the decision to evacuate people from areas that are prone to landslides and shift them to safe areas before the situation worsens. He also promised to take immediate action by releasing funds in the scenario of crop damage due to extensive rains. Other officials like Deputy Chief Minister Govinda Karajola, Revenue Minister R. Ashok, Home Minister Basavaraja Bommai, Labor Minister Shivaram Hebbar, Agriculture Minister BC Patil, Chief Secretary P Ravikumar were also present at the meeting.