Karnataka Chief Minister BS Yediyurappa expressed grief over the painful incident video where an Assam girl is being tortured and raped by a Bangladeshi gang. 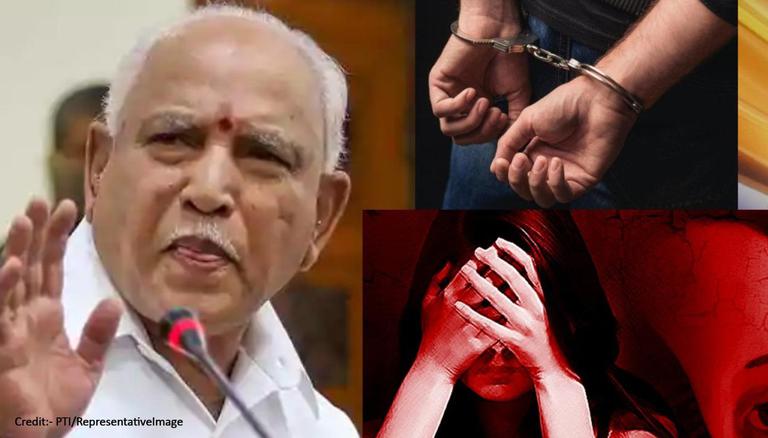 
Karnataka Chief Minister BS Yediyurappa slammed the incident of an Assamese girl being assaulted and said that the accused will be punished as per the law, He noted, "I got to know about the gang rape, whatever action has to be taken it will be taken against the accused. It is a heinous crime. We can't tolerate these kinds of crimes. They should be punished, they will be punished according to the law."

Bengaluru police said late Thursday evening that five persons had been arrested for allegedly raping a woman, torturing her and taping the assault. The arrests came hours after Assam Police posted images from a viral video on social media in an attempt to track down the suspects. Kiren Rijiju, Union minister, followed up by requesting assistance from all states and union territories' police forces.

I appeal the citizens to help the Police of all the States and Union Territories🙏 https://t.co/prLE7aydGP

When the video went viral, the North East police, as well as their Bangladeshi counterparts, launched an investigation. In order to gather information, the Assam police posted photographs of the accused on Twitter. They were able to trace the video's origin to a cell phone number in Bengaluru by following the chain of forwards. The Bengaluru city police were notified and special teams hunted down the group on Thursday evening within hours. They were apprehended in a rented property in Ramamurthy Nagar's Avalahalli. The males who have been arrested are said to be labourers.

Based on the contents of the video and preliminary investigation, a case of rape and assault has been registered against 6 persons including 2 women at @ramamurthyngrps.

A police team has also been deputed to an adjoining state to trace the victim so that she could join.. (1/3)

Kamal Pant, Commissioner of Police, Bengaluru City, on Thursday, May 27, tweeted, "Based on the contents of the video and preliminary investigation, a case of rape and assault has been registered against 6 persons including 2 women at @ramamurthyngrps. A police team has also been deputed to an adjoining state to trace the victim so that she could join the investigation. According to the information revealed so far, all of them are part of the same group and are believed to be from Bangladesh. The victim who is also a Bangladeshi was brought to India for trafficking & was tortured & brutalized due to a financial matter."

He added, "The investigation is being carried with full earnestness and under the supervision of senior officers."

The accused have been identified as Sagar, Mohammed Baba Sheikh, Ridoy Babu and Hakeel. The woman who was a member of the gang is yet to be identified. Both the accused and the victim are believed to be Bangladeshi citizens.