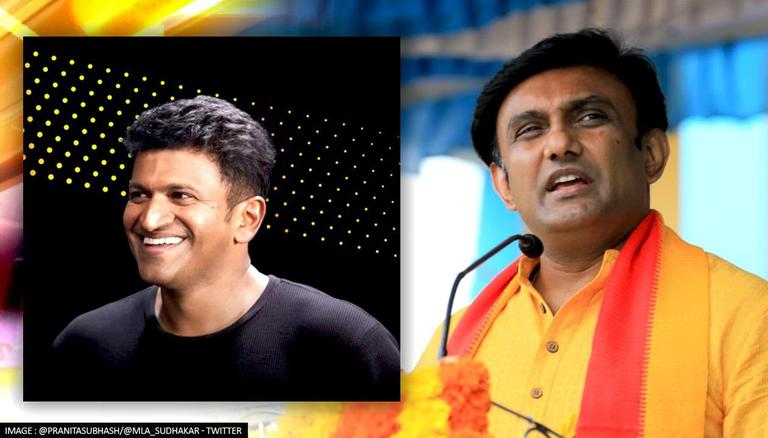 
After the demise of popular Kannada actor Puneeth Rajkumar due to a heart attack, speculations were rife that the cardiac arrest was caused due to excessive exercising. Speaking on the same, Karnataka Health Minister K Sudhakar on Wednesday said that the government is formulating guidelines for gyms and fitness training centres to avoid such incidents.

He further added that the guidelines will also elaborate what kind of instruments shall be used in the gyms, and will also mandate training of the gym instructors on how to provide emergency assistance in such cases of a heart attack.

Karnataka to formulate guidelines for gyms after Puneeth Rajkumar’s demise

Speaking on the issue, K Sudhakar said that people should not oppose gyming citing one or two unfortunate cases. However, he insisted that the government has taken the matter seriously and is formulating guidelines with the consultation of expert cardiologists.

"Just because of one or two incidents like this, we shouldn't say that we are not supposed to go to the gym. On the same issue, I am in talks with a renowned cardiologist and doing a summary on this. In gyms and fitness centres in Bengaluru city and the whole state, we will issue a set of guidelines on what all equipment they should have/ use and what all training they have to undergo if a similar situation (heart attack/ related health issue) arises in future. They would at least be equipped with first aid," Karnataka Health Minister told the reporters on Wednesday.

Earlier on the superstar actor’s unfortunate and sudden demise, Karnataka Health Minister Dr K Sudhakar said that he was shocked after hearing the news. Dr Sudhakar, citing sources close to him, said that every possible attempt was made to save the Kannada actor but it went in vain.

"Karnataka today has lost such a wonderful human being. He was a very versatile actor and son of legendary actor Rajkumar. He was not just an entertainer but was loved by all Kannadigas because of the subjects he chose in his movies. He was noble in living," Dr K Sudhakar said.

The Minister further informed that Puneeth was always available for health department initiatives or any initiatives that were needed to promote certain causes.

"If it(initiative) had to do anything with social impact, he was there. He has, to the best of my knowledge, never charged any department in the state. He was always helping," Dr Sudhakar said.