A Sikh Gurudwara in Kashmir has shown the way, that religion cannot and should not become a hurdle in the development process

A Sikh Gurudwara in Kashmir has shown the way, that religion cannot and should not become a hurdle in the development process. Gurudwara Damdama Sahib was established in 1947 on the historic Jammu Baramulla road, it served the migrant families from Pakistan.

“Damdama Saheb remained a place to halt not only for Sikhs but people of all faiths. The Gurudwara organised Langars and social service initiatives, involved in several outreach and rescues in testing times, be it floods, earthquake or any natural calamity”, a local resident said.

He said that Sikhs, and people from other faiths as well, the Gurudwara has always been at the forefront to provide help to the people in need. In 2006 the Government of India started construction of National Highway from Srinagar to Baramulla. Later the project was funded under the Prime Minister Development Plan. 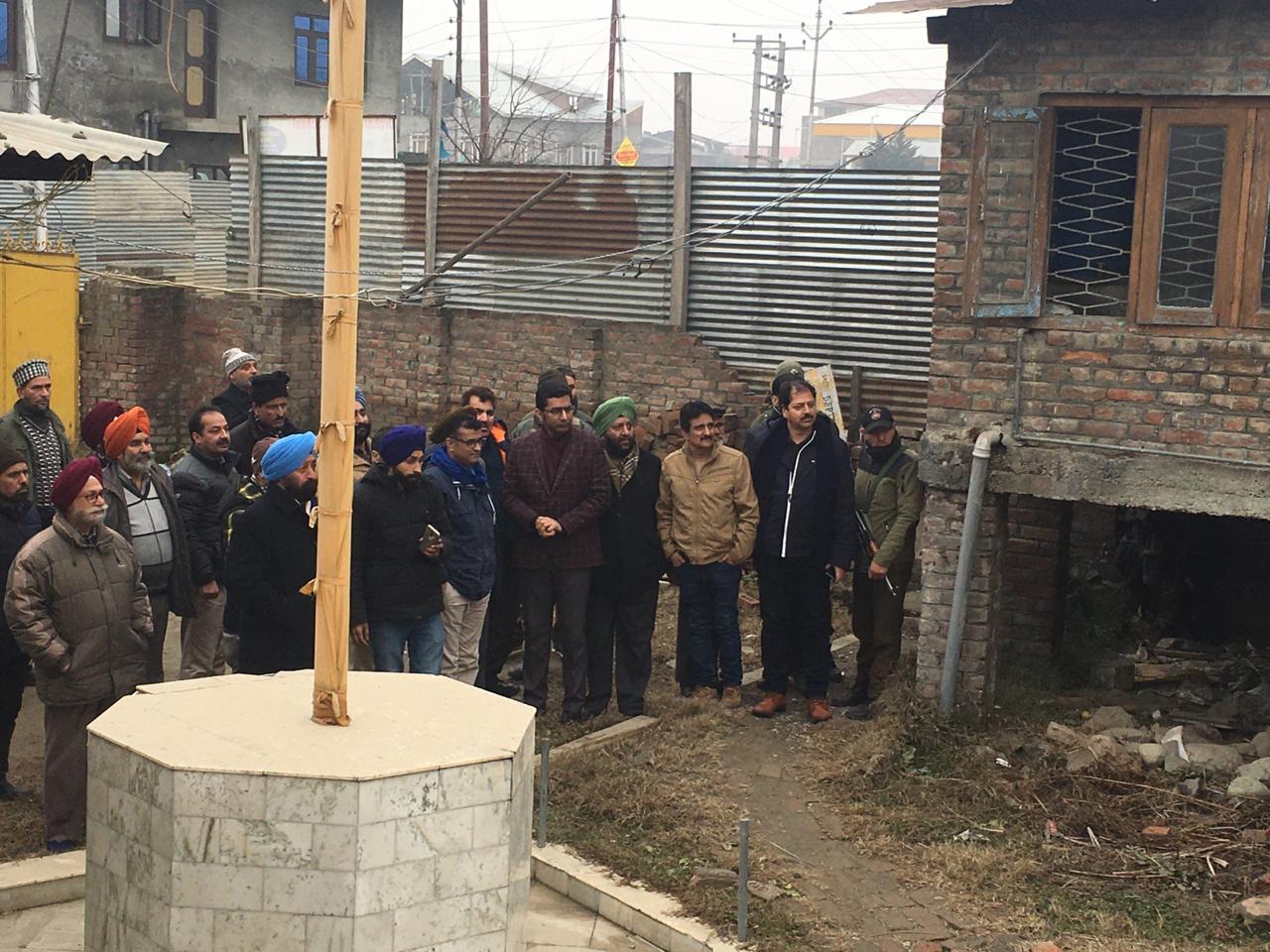 “Several utilities and structures under the alignment of NH remained bottlenecks in completion. This stretch of road executed by the Border Roads Organization while Anantnag-Srinagar by NHAI. The road was completed in the year 2013 however due to litigation in High Court four bottlenecks remained on spot”, a government official said.

He said that these included a Gurudwara, a power line, a Petrol pump, and water supply lines. A landowner whose land was proposed for relocation of Gurudwara objected to hit and obtained a stay from J&K High Court in 2014.  He said that ever since then the landowner, Gurudwara committee, Collector land acquisition, and Government have been contesting as parties to the case. At least 27 meetings were held between 2013 to 2019 but the issue remained unresolved. 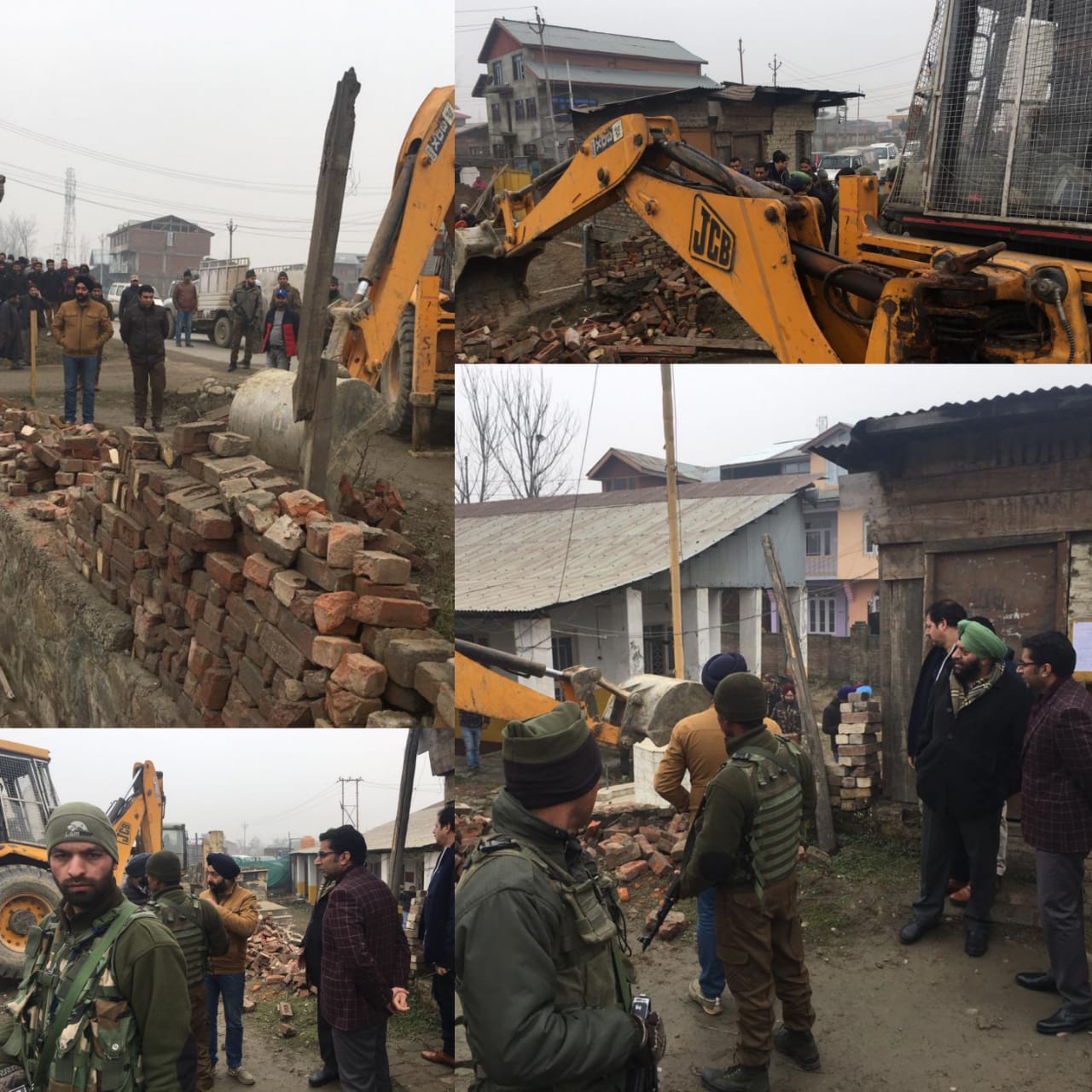 “Finally, on Thursday the 12th December 2019 the Gurudwara Damdama Saheb, Srinagar started making way for construction of National Highway after successful talks between Gurudwara management and Deputy Commissioner, Srinagar Dr Shahid Iqbal Choudhary who reached out to the Sikh Community for an amicable solution to the vexed issue”, he said.

He said that after a series of meetings on spot during the last one week and examining a host of options to resolve the issue both the sides resolved and arrived at an agreement.

“The agreement included alternate land and reconstruction of Gurudwara at a nearby land finalized by the deputy commissioner in consultation with the community”, he said. 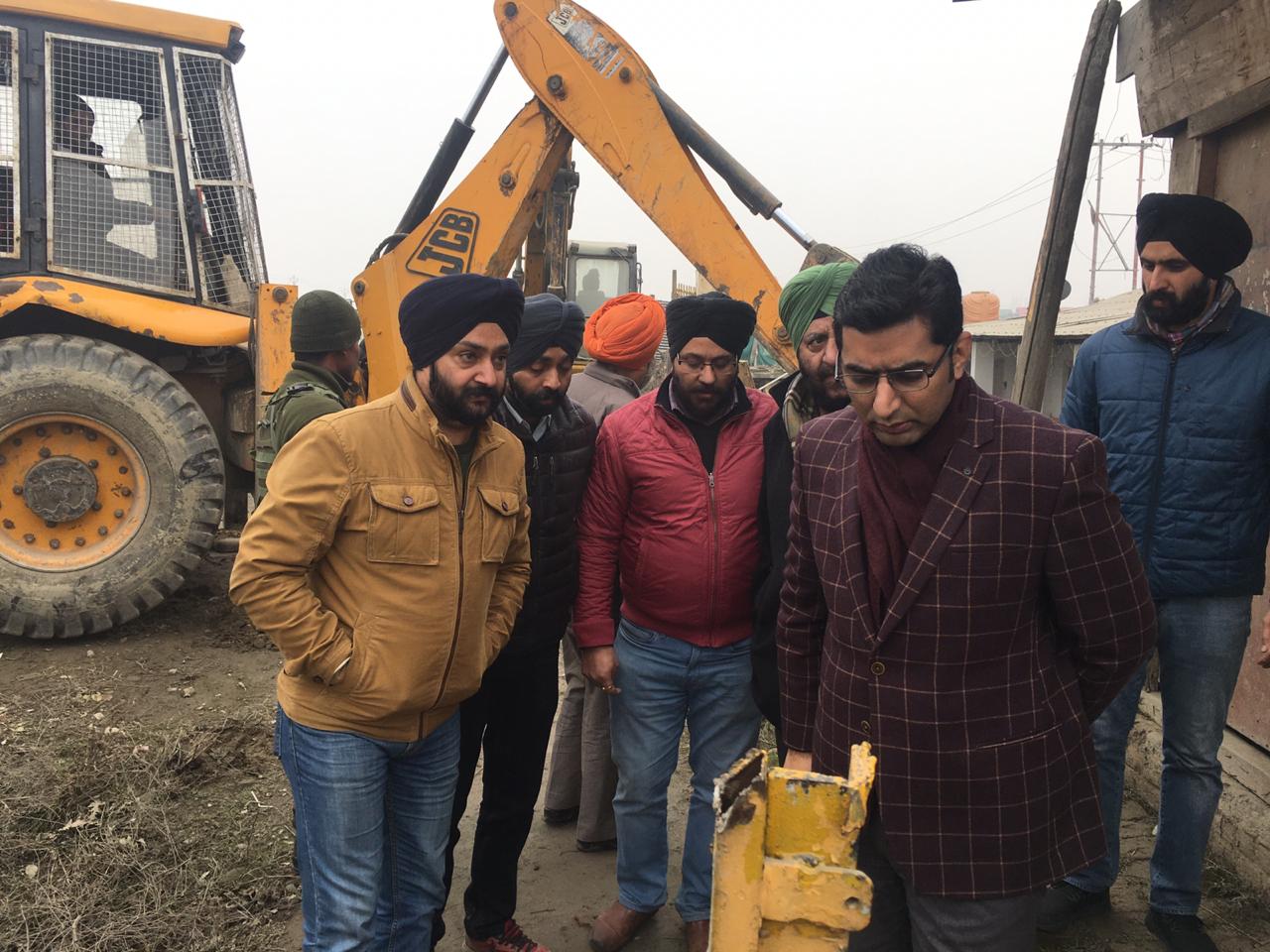 It was more of a strategic resolution than compensation. The elders of the community and management of Gurudwara Damdama sahib agreed to the offer of deputy commissioner Srinagar.

“Subsequently, today in presence of DC Srinagar and Gurudwara management the demolition of Gurudwara Damdama Saheb was started. The Gurudwara will function from a makeshift space till a new Gurudwara is reconstructed at the agreed location. State PWD has been entrusted with construction of Gurudwara as per the design provided by the Sangat”, the officer said.

Work on the demolition of the petrol pump and shifting of power lines and PHE supply lines also started on the ground after approval of the plan and release of funds for the purpose these works are likely to be completed in the next 10 days. He said that the BRO will start construction this month.  With this, the Srinagar-Baramulla 60KM National Highway will stand completed.

“The act/ gesture of Sikh Community here has created a history in Kashmir and will be remembered. The administrative outreach of DC Srinagar to resolve this 13 yearlong pending complex issue is an example of a proactive approach for an efficient resolution aimed at public welfare”, the official said.