Kerala, Andhra Pradesh and Chandigarh reported their first Omicron case on Sunday, while Maharashtra and Karnataka each recorded one more case of the COVID-19 variant, taking the tally in the country to 38. 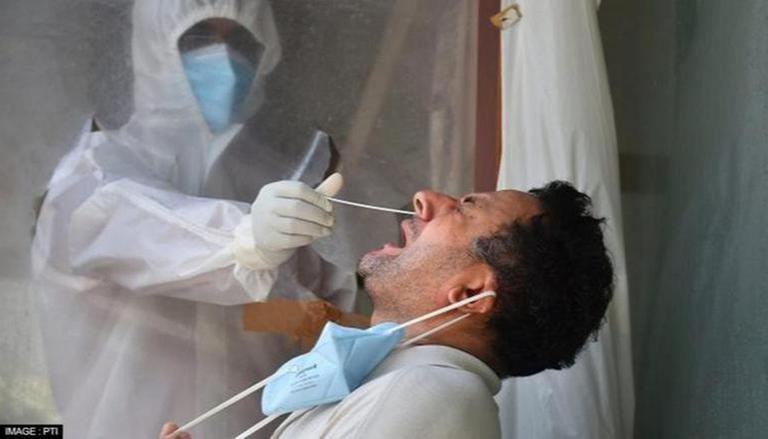 
Kerala, Andhra Pradesh and Chandigarh reported their first Omicron case on Sunday, while Maharashtra and Karnataka each recorded one more case of the COVID-19 variant, taking the tally in the country to 38.

All the five persons in the cases reported on Sunday had arrived from foreign countries.

According to state health officials, a 20-year-old fully vaccinated man who came to Chandigarh from Italy to meet his relatives and a 34-year old foreign traveller, who came from Ireland to Mumbai and then to Visakhapatnam in Andhra Pradesh, have tested positive for the variant.

Kerala Health Minister Veena George said the first case of COVID-19 variant Omicron has been confirmed in the state.

In a video posted on her Facebook page, the minister said that the patient was a Kerala native who recently came from the United Kingdom.

The patient's condition is stable and there was no need to panic as the government was taking all necessary steps to curb the spread of the new variant of the virus, she said.

A man who had arrived from South Africa became the third person to test positive for the COVID-19 variant in Karnataka, while a 40-year-old man tested positive after returning to Nagpur in Maharashtra from a West African country, taking the state's tally of Omicron cases to 18.

The man in Chandigarh had landed in India on November 22 and is currently in institutional quarantine. His seven high-risk family contacts were put under quarantine and were tested for COVID-19 by the RT-PCR method. All of them tested negative, an official statement said.

It said the traveller has been asymptomatic throughout.

"He is fully inoculated with Pfizer vaccine which he got in Italy. He has been kept in isolation for the last 11 days."

"His report for whole genomic sequencing was received late night on December 11 and has been found positive for Omicron variant," the statement said. In the Andhra Pradesh case, the state health department said the person, who first landed in Mumbai from Ireland, was tested and found negative for COVID-19.

He was then allowed to travel onward to Visakhapatnam on November 27.

"On conducting a second RT-PCR test in Vizianagaram, he tested positive for COVID-19. His sample was then sent to the Centre for Cellular and Molecular Biology in Hyderabad for genome sequencing and the result came out as Omicron positive," the Public Health Director said in a release.

The person, however, did not have any symptoms and a re-test on December 11 showed he was COVID-19 negative.

"There are no other Omicron cases in the state," the Director said.

So far, 15 foreign travellers who came to the state were found COVID-19 positive and all the samples were sent to CCMB for genome sequencing.

"Of the 15, genome sequencing reports related to 10 cases were received and only one of them was confirmed Omicron positive," the Director added.

The Omicron variant was first detected in India in Bengaluru with two people testing positive for it comprising a South African national of Indian origin and a doctor.

"Third case of #Omicron has been detected in Karnataka. A 34-year-old male returning from South Africa has tested positive. He is isolated and being treated in a govt hospital. 5 primary and 15 secondary contacts have been traced and samples sent for testing," state Health Minister Dr K Sudhakar tweeted.

On Saturday, Delhi had reported its second case - a 35-year-old man with travel history to Zimbabwe and South Africa - taking India's tally to 33.

Cases of Omicron, which is categorised as a “variant of concern” by the World Health Organisation, have been detected in about 60 countries.