Kerala Chief Minister Pinarayi Vijayan on Sunday welcomed the withdrawal of order by GB Pant Hospital that asked nurses not to communicate in Malayalam. 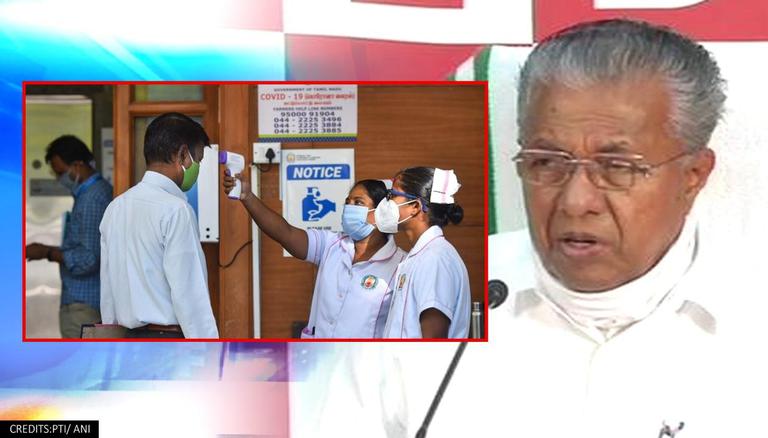 
Kerala Chief Minister Pinarayi Vijayan on Sunday welcomed the withdrawal of the order by Delhi's GB Pant Hospital that asked users not to communicate in Malayalam while on duty. Taking to his official Facebook handle, the Kerala Chief Minister said that it is understood that such an order, which is incompatible with our culture and democracy has been withdrawn. The authorities came forward to take the right stand, though belatedly, the Kerala CM added.

While stating that those who segregate employees based on language and try to divide them should refrain from it, Pinarayi Vijayan said that the Malayalee nurses are exemplary service providers in many hospitals in Delhi, including Govind Ballabh Pant Institute of Postgraduate Medical Education and Research (GIPMER).

The Kerala Chief Minister said, "Malayalam, the mother tongue of Malayalees, is one of the official languages of India. Dividing employees on the basis of language and culture is not conducive to a civilized society. In particular, such measures are not in line with our country and its culture, which places great importance on the mother tongue." 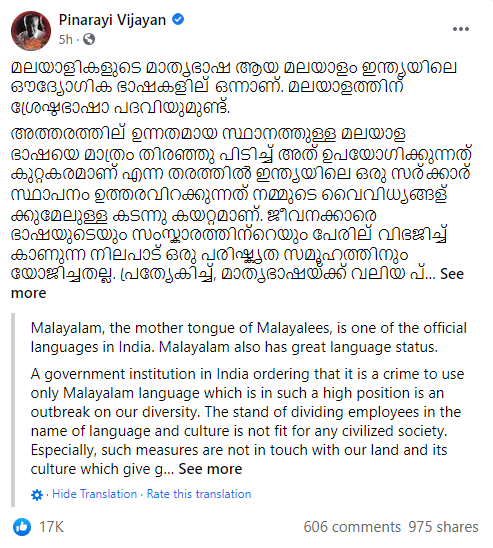 This statement by Vijayan comes after the row erupted after GIPMER on Saturday forbade its nursing personnel from communicating in Malayalam. However, the circular barring nursing staff at GIPMER has been withdrawn, the hospital said on Sunday.

The June 5 dated circular issued by the Nursing Superintendent of GIPMER had stated that "A complaint has been received regarding Malayalam language being used for communication in working places in GIPMER. Whereas maximum patients and colleagues do not know this language and feel helpless causing a lot of inconveniences. So it is directed to all Nursing Personnel to use only Hindi and English for communication otherwise serious action will be taken."

READ | Ecstasy worth crores of rupees seized in Kerala, 2 held