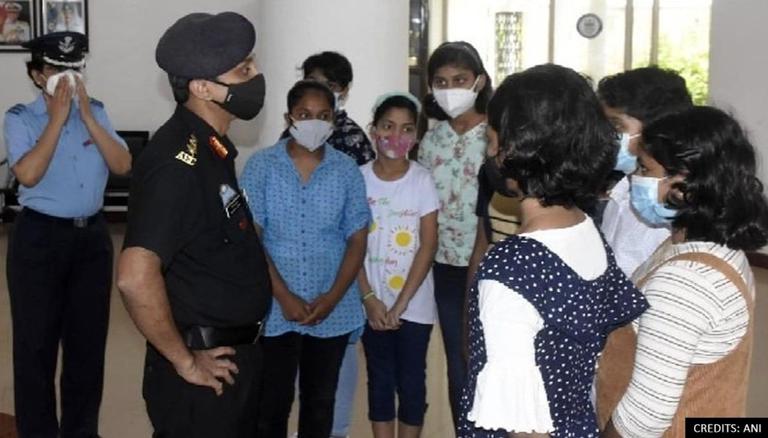 
After Prime Minister Narendra Modi had announced that India's Sainik Schools will start admitting girls, Kerala's Kazhakootam Sainik School on Wednesday welcomed the first batch of girl cadets. These girls have taken admission in the Sainik School after clearing the All India Sainik School Entrance Examination (AISSEE 2021) for the academic year 2021-22. It is important to note here that this has happened for the first time in history after the foundation of the only Sainik School in the state was led in 1962.

According to the release, a special assembly was conducted in the school auditorium to welcome the first batch consisting of 7 girls from Kerala, 2 from Bihar and 1 from Uttar Pradesh. Kashakoottam Sainik School Principal, Colonel Dhirendra Kumar while addressing the girl cadets had conveyed his wishes for their stay in one of its kind of schools in the state. The release further informed that the school's infrastructure has been changing significantly for the last year to welcome the first batch of girl cadets to the campus. The construction of a new house and dormitory was completed by the beginning of the academic year for them, it added.

Besides Kerala, admission of girl cadets in Sainik Schools was successfully implemented in Mizoram in the academic year 2018-19. Following this, different states of the country had taken the initiative of admitting girls in their Sainik schools to promote the spirit within girls to join the armed forces. Earlier on August 15, PM Modi during his Independence Day speech had announced that all the 33 Sainik schools of the country will ensure admitting girl cadets from the current academic year onwards. Following this, 10 per cent of the total seats in each academic year were reserved for girls in all the Sainik Schools in India.