Hours after Ashish Mishra was remanded to judicial custody, the Union Minister's son was placed under COVID quarantine in district jail, informed officials. 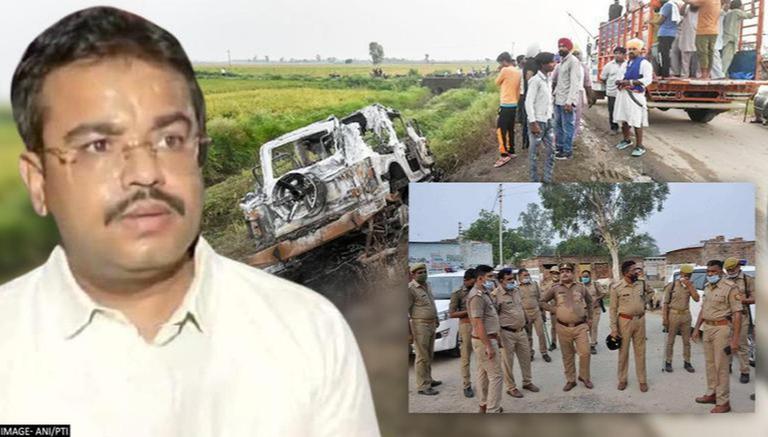 
Hours after Ashish Mishra was remanded to judicial custody, the Union Minister's son on Sunday was placed under COVID quarantine in district jail, informed officials. Ashish Mishra, son of Union Minister Ajay Mishra, was named in an FIR following allegations that he was in one of the vehicles that mowed down the farmers protesting over UP Deputy Chief Minister Keshav Prasad Maurya's visit to Lakhimpur last Sunday, October 3.

Thereafter, a Special Investigation Team (SIT) was formed by the Uttar Pradesh government to probe the matter. The SIT sent a summons to Ashish Mishra which he avoided until Saturday, October 9. On Saturday, he appeared before the SIT, which, after around 12 hours of interrogation, put him under official arrest. He was produced before the Court today, which remanded him to police custody to 14-day judicial custody. Meanwhile, an application for police remand has been submitted to the judicial magistrate who has fixed it for hearing at 11 am on Monday.

A senior official said the Union minister's son was taken to the district jail, where he has been placed in quarantine under the COVID-19 protocol.  "Initially, inmates are kept in isolation, away from the main barrack. Jail food is being given to him. The quarantine period is of 14 days and his (medical) tests will be done," the official said. There is also a "threat perception" angle, he told the reporters but refused to give further details.

On Sunday, Congress' Priyanka Gandhi Vadra accused the Central government of 'shielding' Union Minister Ajay Mishra and his son Ashish Mishra in the Lakhimpur violence. "Last week, the son of Union MoS (Home) mowed down 6 farmers with his vehicle. Families of all the victims said they want justice but all of you have seen that the Govt is shielding the minister & his son,"  Priyanka Gandhi said, addressing the crowd at the 'Kisan Nyay' rally in Varanasi.

It is pertinent to mention here that earlier in the day, the Congress party had tweeted that it has sought an appointment with President Ram Nath Kovind for a 7-member party delegation led by Rahul Gandhi to present a detailed memorandum on the facts of the Lakhimpur Kheri incident. However, minutes later, the tweet was deleted by the party.

READ | Owaisi paints communal colour to Lakhimpur violence; 'had it been Atiq and not Ashish'