Supreme Court has taken a suo motu cognisance of Lakhimpur Kheri violence. The hearing will take place on Thursday before a bench led by CJI NV Ramana. 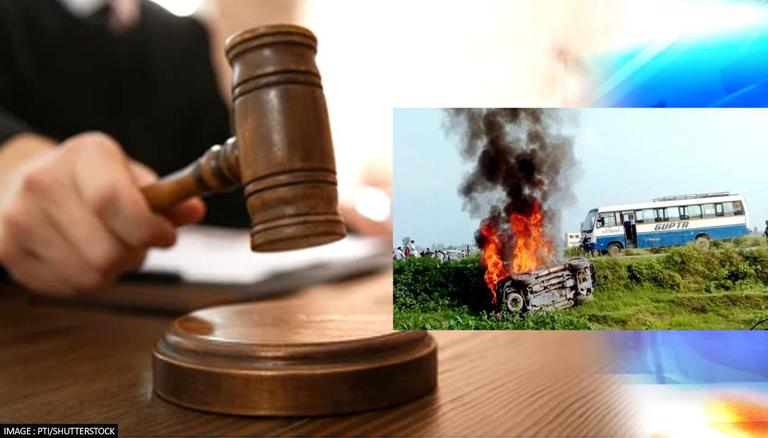 
The Supreme Court of India has taken a suo motu cognisance of Lakhimpur Kheri violence and will hear the matter on Thursday before a bench led by Chief Justice NV Ramana. The case has been mentioned in the Supplementary list and is titled, 'Violence in Lakhimpur Kheri (UP) Leading to loss of life."

Eight people died in Sunday's violence, including four farmers, two BJP workers, a journalist and a driver, in Uttar Pradesh's Lakhimpur Kheri district. The violence took place after around 2 SUVs ran over farmers who were protesting against UP deputy chief minister Keshav Prasad Maurya's visit.

The Uttar Pradesh police have filed a case against Union Minister of State for Home Affairs Ajay Mishra's son Ashish Mishra but no arrest has been made yet. Speaking to the media, Lucknow Zone's Additional General of Police (ADG) SN Sabat said that cops are analysing the videos of the incident.

"These videos can be used as evidence and we have a lot of videos that we are going through. We have also requested the people and media to provide original footage and more videos of the incident if they have them so that we can use them in our investigation," said ADG SN Sabat.

Ashish Mishra has been named in the FIR in the Lakhimpur violence. Jagjit Singh, the complainant, alleged that farmers were peacefully protesting when three vehicles ferrying Ashish and around 15-20 people drove towards the protest site at a high speed. The complaint further adds, Mishra fired at protestors and ran over farmers.

Meanwhile, Ashish Mishra has refuted the allegations that he was at the protest site. "I was at Banbirpur since 9 AM till the end of the event. Allegations against me are completely baseless. I demand judicial inquiry of this matter and culprits should get punished," he said.