US President Donald Trump returned to the White House on Monday night after spending four days at a military hospital where he was treated for Coronavirus. 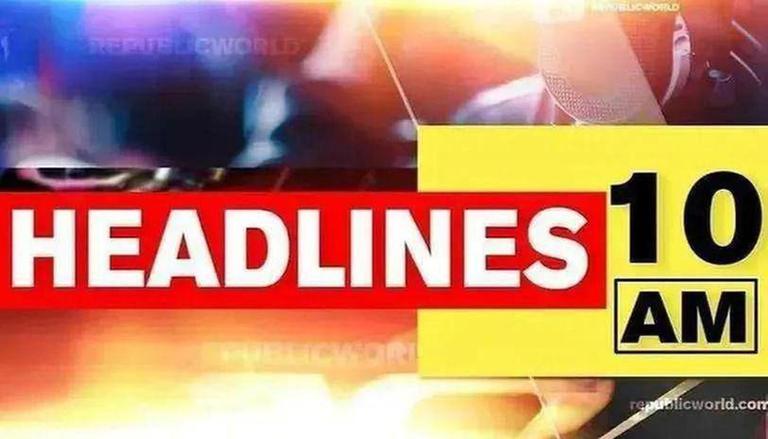 United States President Donald Trump returned to the White House on Monday night after spending four days at a military hospital where he was treated for Coronavirus. As soon as he reached the White House he took off his mask despite White House physician Dr. Sean Conley saying that President Trump is not entirely 'out of the woods yet'.

The Financial Action Task Force (FATF) will decide on Pakistan's grey list status in a virtual meeting scheduled later this month, reports said on Monday. The international body had placed Pakistan on the grey list in June 2018 and asked the country to devise a plan of action to curb money laundering and terror financing by the end of 2019. However, the deadline was extended to October due to the COVID-19 pandemic.

Read: FATF To Decide On Pakistan's Greylist Status In October On Action Against Terror Financing

BSP chief Mayawati advised the UP government on Tuesday to seriously concentrate on ensuring justice to the family of the Dalit woman allegedly gang-raped and killed in Hathras or it will become difficult to prevent heinous incidents. She stopped just short of calling the Yogi Adityanath government's claim of some people trying to incite caste conflict in the aftermath of the incident an "electoral trick". However, she added, the government can "still rectify its mistake" and provide justice to the victim's family.

PFI-linked men arrested on their way to Hathras

Read: 4 People Going To Hathras From Delhi Arrested In Mathura, Said To Have PFI Links: Cops

Assam Chief Minister Sarbananda Sonowal on Monday accused the Congress of facilitating recruitment scams in every department and trying to cover up its "misdeeds" by criticizing the state government. The Congress has no moral right to find faults with others as it had emerged as "peddlers of corruption and indulged in brazen practices", he told reporters at Majuli. During the last four years, this government has given regular and contractual jobs to 80,000 youths of the state on the basis of merit and in a transparent manner, Sonowal said.