The West Bengal government and the Centre have locked horns over the repatriation of migrants workers, with Home Minister Amit Shah writing to Chief Minister Mamata Banerjee on her government's alleged inaction over the migrant distress in Bengal and the State government charging back by putting out a draft schedule of trains that it has requested from other States to ferry back migrants.

Consent to run trains give on May 7

In separate letters to Karnataka Principal Secretary, Tamil Nadu and Telangana Chief Secretaries, Rajiv Sinha had on May 7 given consent to run one train from their respective States carrying stranded migrants from Bengal. Likewise, Sinha wrote to Kerala Principal Secretary and State Nodal officer for inter-state transit with the same clearing on May 3.

In those letters, Sinha had asked the authorities there to provide details of the passengers and their destinations in West Bengal so that necessary arrangement for intra-state transportation as well as train stoppages within the State can be planned.

"The departure (of the train) may be so planned that it reaches the State (Bengal) on 10th May 2020 or thereafter but in any case during day time," the letter read. 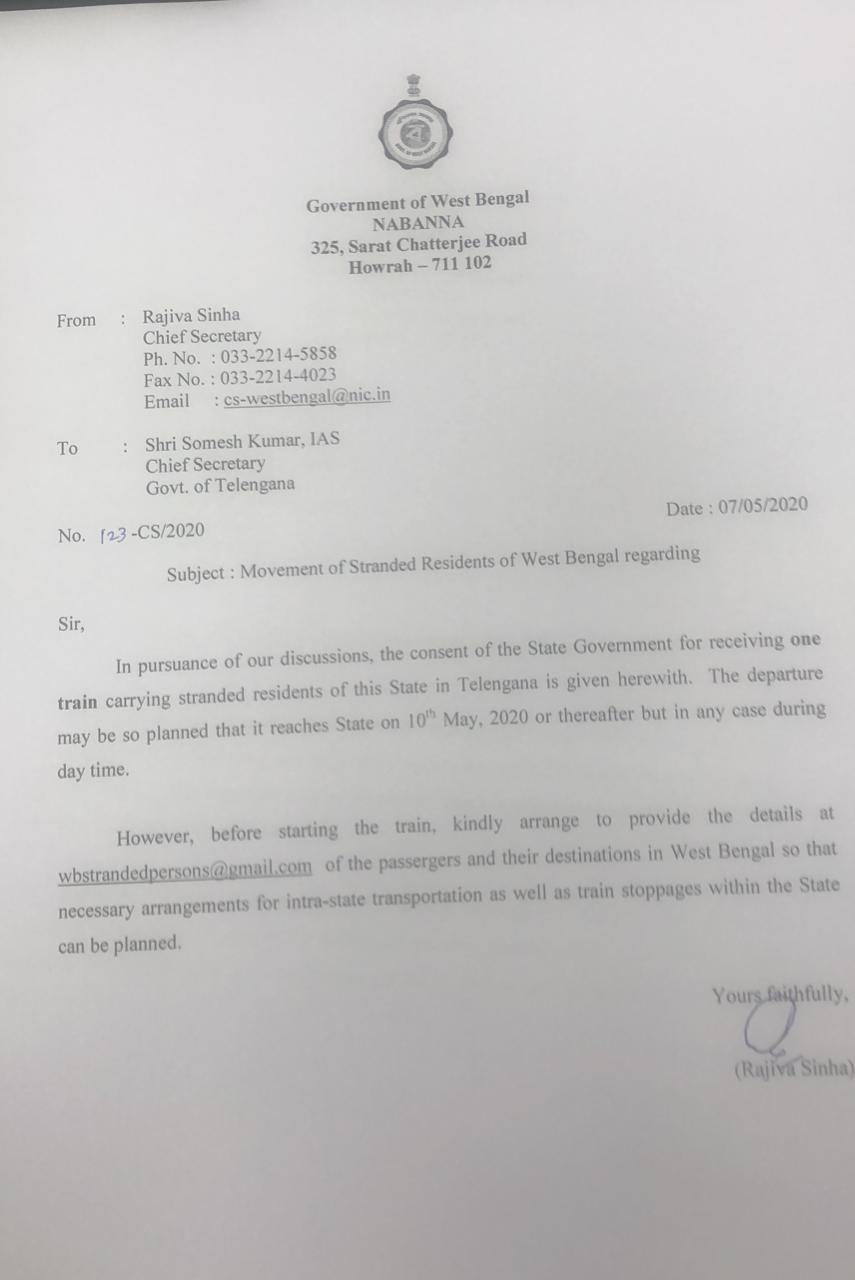 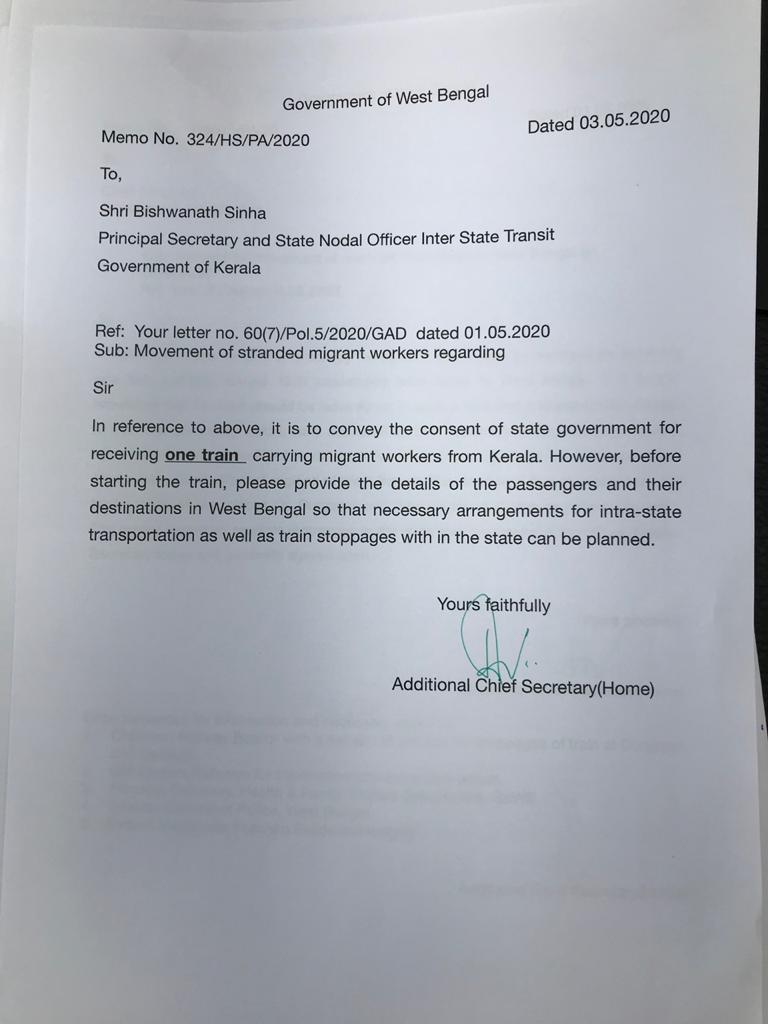 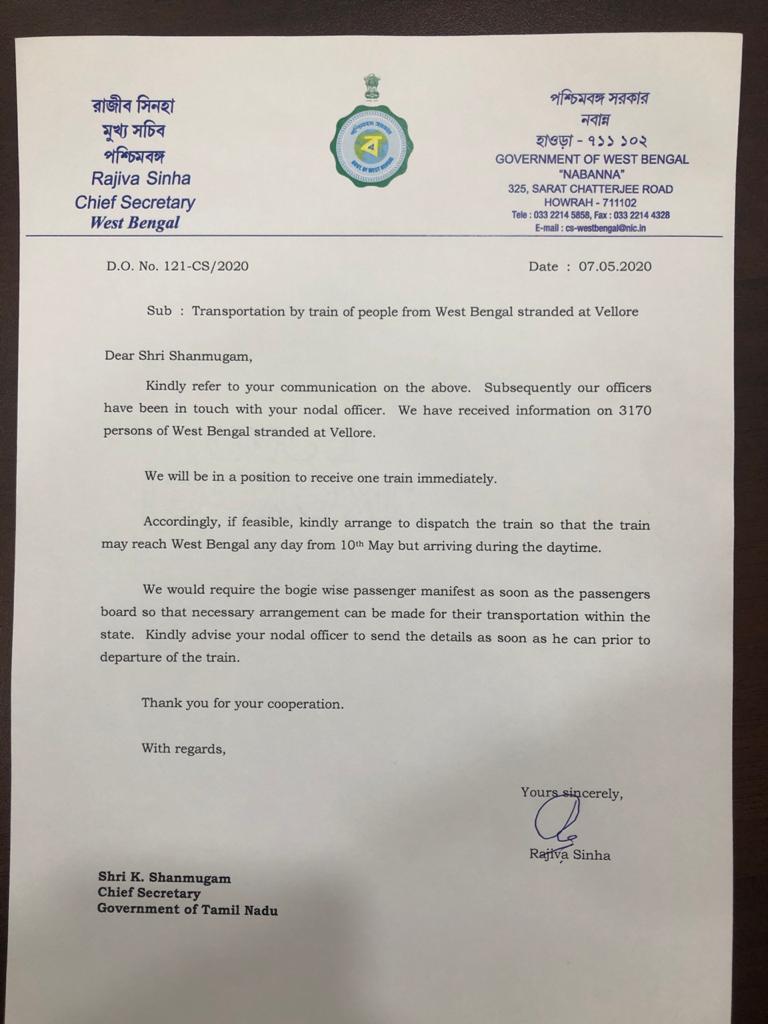 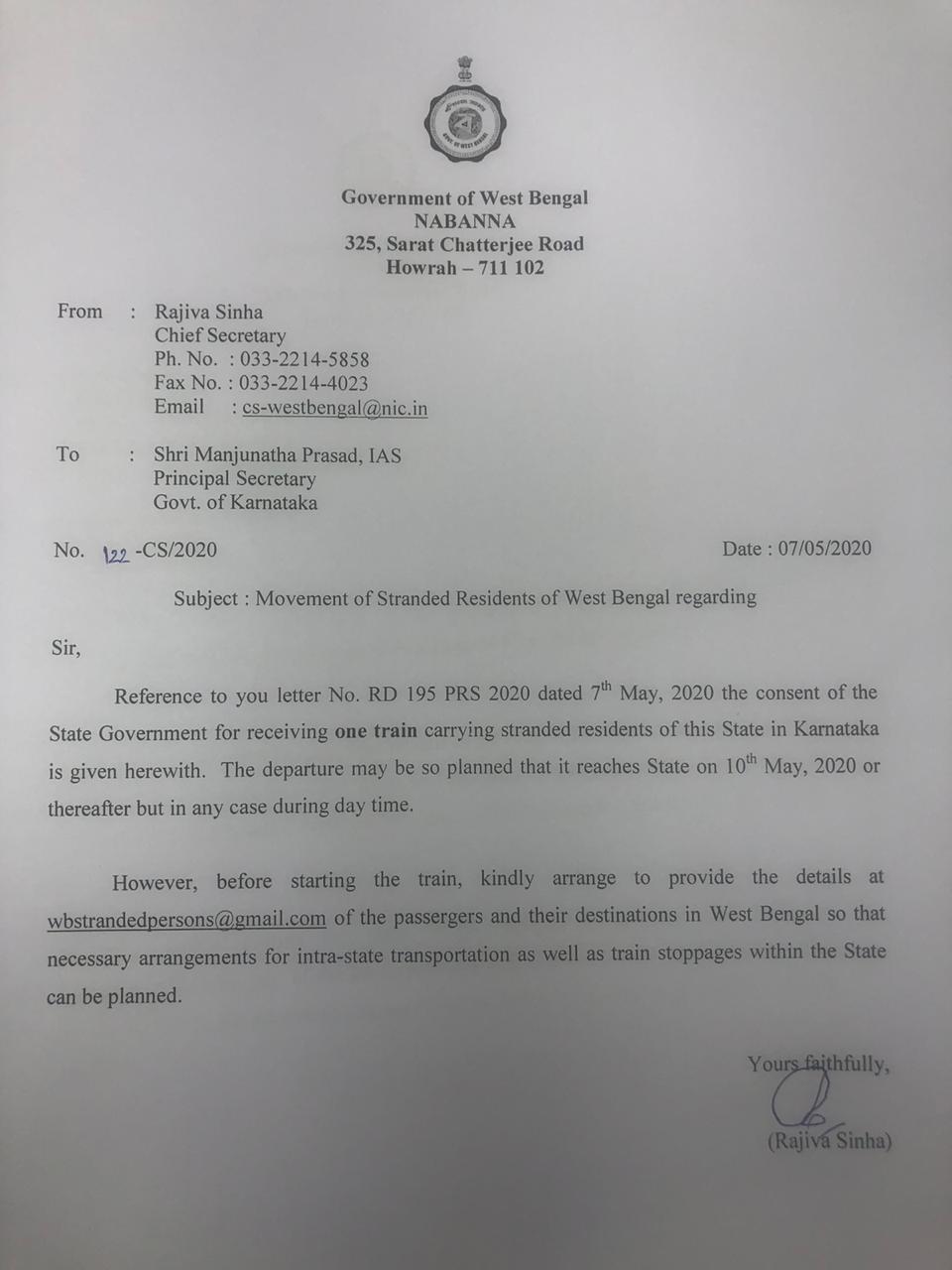 Previously, Republic TV had reported that Amit Shah wrote to CM Mamata Banerjee alleging that her government is not allowing the entry of Shramik special trains for movement of migrants. Shah also demanded an answer on the Mamata government's inaction over the migrants' distress in Bengal.

Responding to this, the Mamata government put out a draft schedule of trains that it has requested from other States to ferry migrants back. The list shows only eight trains while the Centre has said that it has operated more than 200 trains till Friday. The government has only one special train that is due to depart from Hyderabad on Friday to reach Maldah English Bazaar station by Sunday afternoon carrying 17,211 people.

However, as per details accessed by Republic TV, a chart for trains that terminated at various States till 9 AM on Saturday shows that even as 265 trains operated across India, only two trains terminated in West Bengal. This, given the fact that Bengal has a large chunk of its people residing in other States as migrant workers. 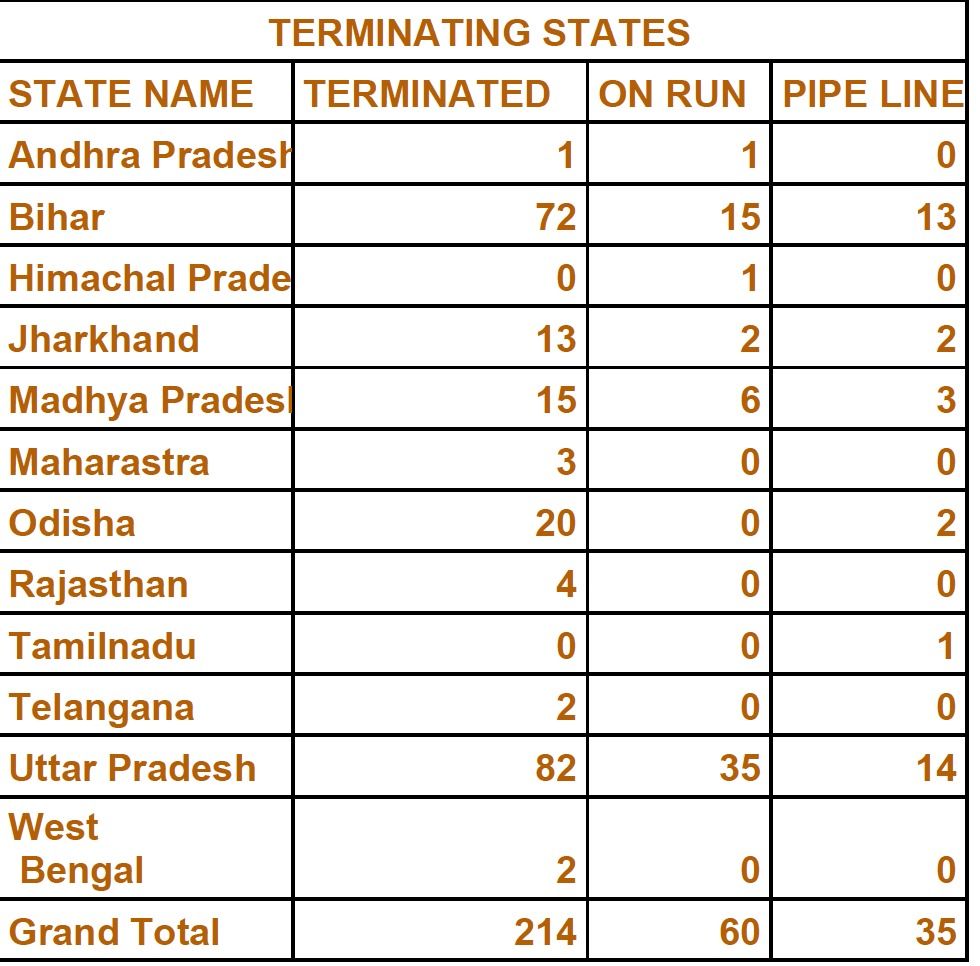