Lt Gen KJS Dhillon on Friday took to his official Twitter handle and shared pictures of 2 bikes- a Harley Davidson and a Royal Enfield Bullet, remarking on both 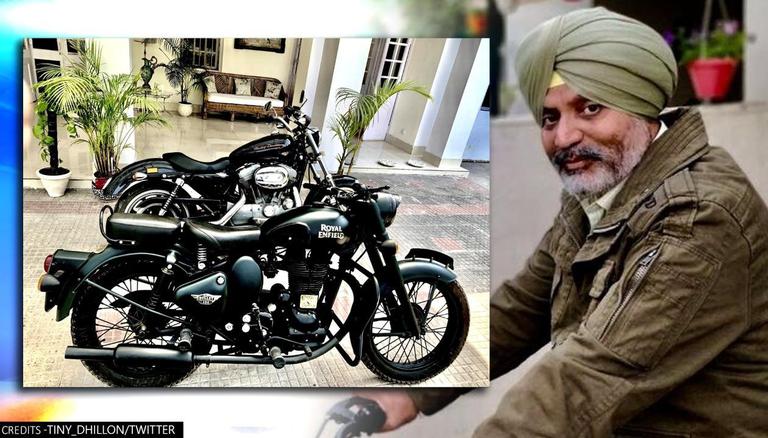 
Lieutenant General Kanwal Jeet Singh Dhillon on Friday took to his official Twitter handle and shared pictures of 2 bikes- a Harley Davidson and Royal Enfield Bullet. Stating that bike riding is his passion, Lt Gen KJS Dhillon said that to buy bikes is a 'hobby', but to buy a new bike and still keep the old one in better condition than the new one represents 'passion'. Lt Gen Dhillon clearly expressed his love for the 'old' Bullet bike in his tweet.

Passion …. Keep The Old One Better Than The New One

Being An Old Timer Passionate has it’s Own Charm 👌

KJS Dhillon is from the 1983 batch of the Indian Military Academy and has been credited with several successful people-friendly operations. Three of the major people-friendly operations for which the Lt General was greatly appreciated were during his tenure at Kashmir-based strategically-located XV Corps. This included ‘Operation Maa’ (mother), ‘Taleem se Taraqqi’ (Education leaders to success) and ‘Humsaya hain hum’ (Co-habitants). During this tenure, KJS Dhillon had repeatedly made appeals to women to ask their sons to shun the path of violence. He used to say that education is the only path to success in life.

Having an incisive understanding of Jammu and Kashmir, KJS Dhillon served for 5 tenures as being sector commander of Rashtriya Rifles and Brigadier General Staff of the Chinar Corps. Before taking over as the Chinar Corps Commander, the General Officer was tenanting the appointment of Director General Perspective Planning. He was appointed as the colonel of the regiment of Rajputana Rifles on September 21, 2019, when he took over from Lt Gen Abhay Krishna.

A Soldier Too Deserves A Good Music And A Good Evening With A Friend... I am referring to the Bike ... I would walk miles any day to be with my ‘Bultt’ ... it’s unadulterated love ever pic.twitter.com/r8zEVDozHz