Madhya Pradesh CM Shivraj Singh Chouhan while addressing a gathering in Niwari announced the suspension of two officials against charges of corruption. 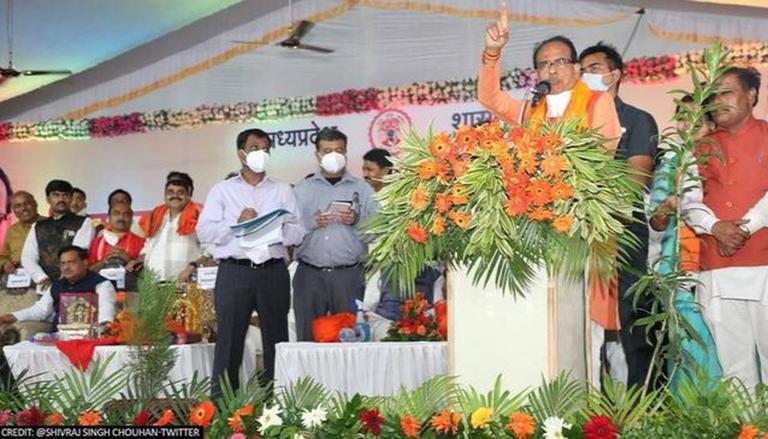 
Madhya Pradesh Chief Minister Shivraj Singh Chouhan on Tuesday while addressing a rally in Niwari district's Prithvipur, publicly ordered the suspension of former Chief Municipal Officer (CMO) Uma Shankar and another for their alleged role in corruption under the Pradhan Mantri Awas Yojana (PMAY). At the same time, Tehsildar Anil Talia was suspended after the matter of corruption in the construction of Talaiya came to the fore in the meeting of Prithvipur. These visit by the CM was a part of the BJP's Jan Ashirwad Yatra initiative.

What led to the suspension?

Madhya Pradesh CM Shivraj Singh Chouhan while addressing a gathering in Niwari, MP announced the suspension of two officials against charges of corruption. While interacting in the rally, CM Chouhan brought up the case linked to the PMAY corruption. He stated, "They (officials) are telling me some Uma Shankar was the CMO (chief municipal officer) and one Abhishek Raut is the sub engineer," As soon as the crowd acknowledged the fact, CM Chouhan went on to publicly announce the suspension of the ones accused.

The Economic Offences Wing has already been approached by the CM, where he additionally passed an order to probe against the ones accused. Adding to that CM Chouhan said, "Nagar Panchayat Prithvipur should also be probed, I've come to know of departmental irregularities here. The guilty won't be spared. I've also received complaints against the Tehsildar here, corruption is taking place. The Tehsildar is being suspended, a probe will be done." To that CM Chouhan conjectured by stating that he will not spare those who are involved in dishonesty and corruption-related activities. "Every eligible citizen should get the benefit of every scheme, it is their right, CM Chouhan

On the BJP on August 16 launched the ‘Jan Ashirwad Yatras’ from several parts of the nation. This initiative incorporates the 39 ministers who were inducted into the Union council of ministers on July 7. All of the ministers will take part in the Yatras across 22 states. BJP National President JP Nadda has directed 43 new ministers to kickstart the yatra that involves the ministers covering at least 300 to 400 kilometres from 16-17 August and 19-20 August. Meant to introduce the lawmakers to the public, all Union ministers were asked to plan the schedule in such a manner that they are able to cover at least 3-4 constituencies along with 4-5 districts