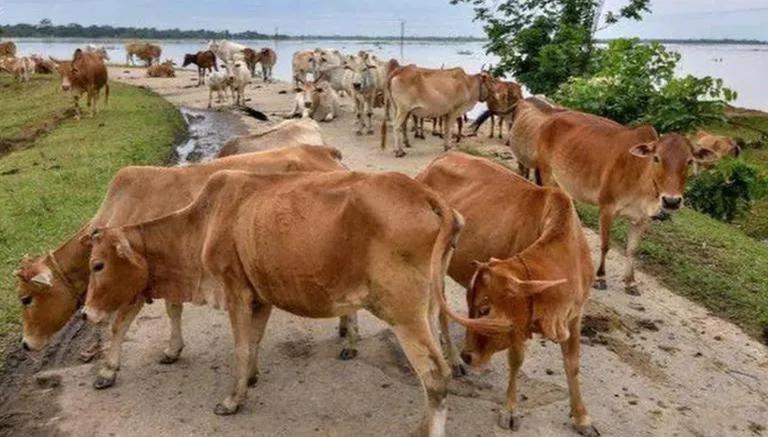 
Pune: The Maharashtra government has declared the whole state as a "controlled area" to curb the spread of Lumpy Skin Disease in cattle, an official said here on Friday.

The viral disease has so far claimed the lives of 29 animals in the state, he added.

The disease was first reported in the state at Chinawal village in Raver tehsil of Jalgaon district on August 4.

A notification issued by the Agriculture, Animal Husbandry, Dairy Development and Fisheries Department said the Union government has advised states to curtail the entry of animals suspected to be suffering from the disease in order to curb its spread.

"However, bovine species of animals are still entering Maharashtra from adjoining states," it said.

"Therefore, under the Prevention and Control of Infectious and Contagious Diseases in Animals Act, the state government declares the whole state of Maharashtra as a 'Controlled Area' to control, prevent and eradicate Lumpy Skin Disease (LSD) and prohibit the movement of all the cattle and buffaloes," the notification added.

The notification prohibits the holding of animal markets, animal races, animal fairs, animal exhibitions and any activity involving any sort of gathering and grouping of animals.

The disease is curable with medication, the animal husbandry department said.