In a major victory for Maharashtra, the state was conferred the award for Inspiring Regional Leadership in Under2 Coalition for Climate Action at the COP 26 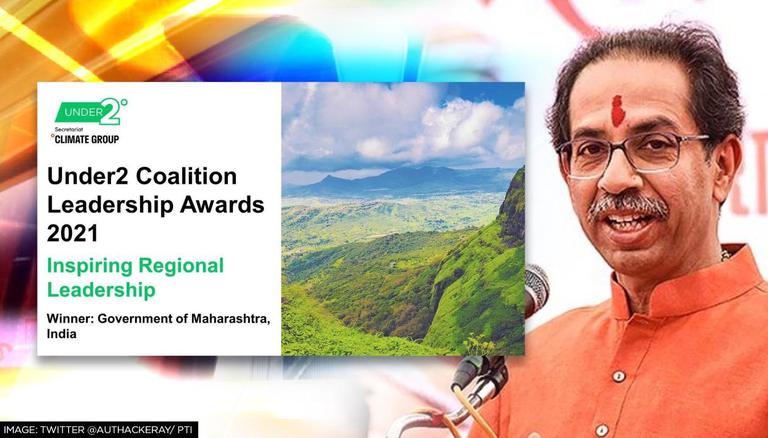 
In a major victory for Maharashtra, the state was conferred the award for Inspiring Regional Leadership in Under2 Coalition for Climate Action at the COP 26 Climate summit. Receiving the award was Maharashtra Environment Minister  - Aaditya Thackeray, who dedicated it to the citizens of Maharashtra & the climate action ambitions of India. Apart from Maharashtra, British Columbia (Canada) and Quebec (Canada) won awards under the Creative Climate Solutions category and  Climate Partnerships category.

"Last evening, Maharashtra received the award for Inspiring Regional Leadership. We also received high commendations for Climate Partnerships & Creative Climate Solutions. We dedicate this award to the citizens of Maharashtra & climate action ambitions of our great nation, India. The climate group works with sub national governments around the world and we are proud to be partnering for a better climate future with them all. Last night’s award recognised the efforts of Maharashtra on a global scale," tweeted Thackeray.

What is Under2 coalition?

As per its official website the state, regional and provincial governments as well as city and local governments have signed the U2 coalition for climate action in line with the Paris Agreement. In total there are 260 governments representing 1.75 billion people and 50% of the global economy, under the U2 coalition. The members have committed to keep global temperature rises to well below 2°C with efforts to reach 1.5°C. 35 states and regions in the Coalition have committed to reaching net zero emissions by 2050 or earlier. In India - five states have joined the U2 coalition - Chhattisgarh, Jammu-Kashmir, Maharashtra, Telangana and West Bengal.

PM Modi attended the COP-26 summit at Glasgow where he presented a five-point 'amrit tatva' from India on climate change, terming the commitment as 'panchamrit'. Setting a 2030 deadline, the promises include - fulfilling 50% energy demand by renewable energy, non-fossil fuel capacity of 500 GW, cutting down carbon emission by 1 billion tonne, reducing carbon intensity by 45%. India has also vowed net-zero carbon emissions by 2070.

Moreover, in the G-20 summit, the 20 countries which together emit nearly 80 percent of carbon emissions, formally agreed to keep global warming to 1.5 degrees above pre-industrial levels. India has also obtained a commitment from G20 members for improving livelihoods for small and marginal farmers. India has also backed the 15% corporate tax backed by most G-20 leaders, aiming to implement the rules in 2023