Mamata Banerjee on Thursday said the party would not cower in fear in the face of "threat of arrest" by central agencies, and urged party workers to accord arrested party leader Anubrata Mondal a hero's welcome when he comes out of jail. 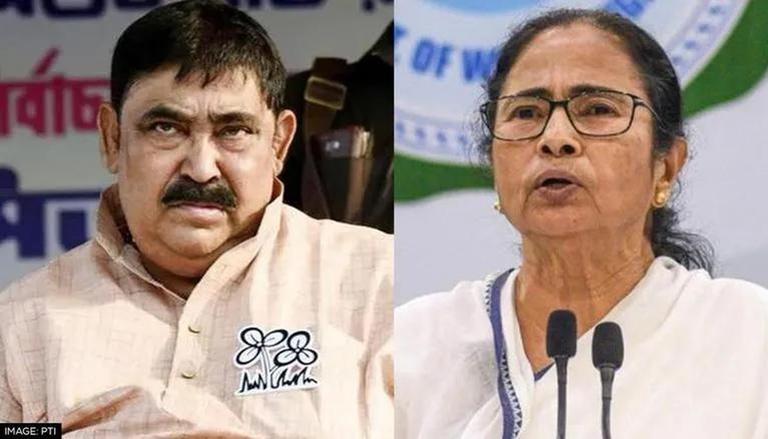 
West Bengal Chief Minister and TMC supremo Mamata Banerjee on Thursday said the party would not cower in fear in the face of "threat of arrest" by central agencies, and urged party workers to accord arrested party leader Anubrata Mondal a hero's welcome when he comes out of jail.

The feisty TMC boss, addressing a special session of party leaders, warned them against making recommendations for jobs, "as it might draw the wrath of the central agencies that work as pets of the BJP".

Asking party workers to maintain discipline, she also urged them to be careful of what they speak in public and continue working for people, "not themselves".

"Politics is not easy. We fought for 34 years to defeat the CPI (M). Now we are fighting against the BJP. They think we can be threatened by use of ED and CBI. They are wrong. Yesterday, Moloy Ghatak fought and said that everything was a lie. Anubrata Mondal is unwell, and before every election, his movements are restricted," she pointed out.

Ghatak, the state’s law minister, was grilled by the Central Bureau of Investigation (CBI) at his official residence on Wednesday as searches were carried out at several premises linked to the TMC leader in connection with a coal smuggling case.

The minister said that attempts were being made to malign his image.

Unlike the case of Partha Chatterjee, who was shown the door by the party following his arrest by the Enforcement Directorate (ED) in a school recruitment scam, Banerjee has stood by Mondal, who the CBI arrested during its probe in a cattle smuggling case.

"If they think these measures will help them (BJP) secure two Lok Sabha seats in Birbhum district, they are wrong. Those who are from Birbhum should intensify the fight till Anubrata is back. Give him a hero's welcome when he returns from jail," she said.

In an apparent reference to the cash and jewellery recovered from Chatterjee's alleged associate Arpita Mukherjee's residence, Banerjee wondered if "has anything been proven yet" in the matter.

Hitting out at a section of media for its "concocted reports" of infighting in the TMC, the party supremo said there were no such differences in the camp.

"A section of media behaves like vultures, ready to pounce upon us. They refuse to see the good and continue defaming us. They are trying various tricks to create rifts among us. They even talk about a rift between Abhishek Banerjee and me. They don't understand that we will never be divided," she said.

Lashing out the central probe agencies, Banerjee said, "Every morning they (CBI and ED officials) wake up, take orders and decide on targeting Moloy Ghatak, Aroop Biswas, Firhad Hakim. Even Abhishek's two-year-old child has made trips to the CBI office because the kid did not want to leave his mother as he was summoned.” Claiming that the BJP leaders were "liars”, she said that the saffron party had promised bullet trains, but it "spreads lies" faster than those trains.

"An injured lion is more threatening than a dead lion. If you don't hurt me, I won't attack. But if you threaten, I will retaliate and still rise," she asserted.

Talking about her government preparations to hire 89,000 teachers, the CM warned ministers and MLAs against putting up any requests or recommendations for jobs under official letterheads.

"District BJP leaders are in touch with IB, we should be careful. Be on alert," she told the party leaders.

The TMC boss requested party workers to toil harder to reach out to the masses.

Only those who are deserving would be given party tickets for rural polls, she added.