In a bid to prepare the world's largest Indian flag, Delhi govt had asked students to gather at the Burari ground, however, the programme was cancelled later. 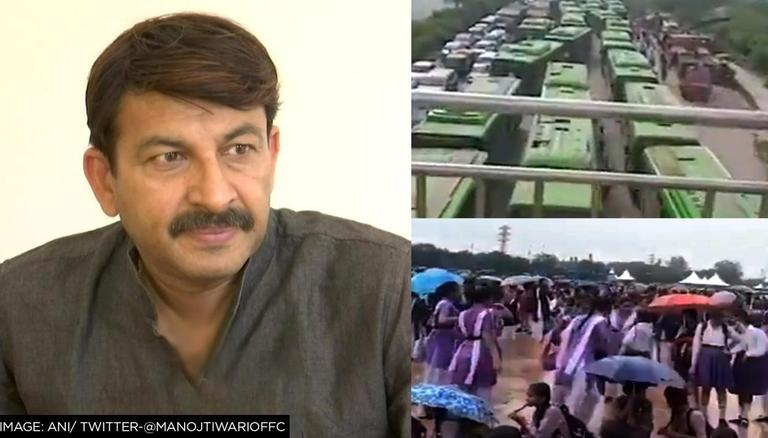 
BJP MP Manoj Tiwari complained to the National Commission for Protection of Child Rights (NCPCR), that the Delhi government had endangered the lives of students by organising the programme to prepare the world's largest national flag at the Delhi's Burari ground. The initiative was later withdrawn by the government and the students were left in the lurch. The programme was aimed at students contributing to making the world's largest Indian tricolour.

Tiwari shared a video on Twitter, of the students creating flocks and protecting themselves from the rain, standing under a single umbrella. The video also showed a long line of buses stuck in traffic jams.

In a letter of communication written by NCPCR to the Delhi government, the BJP MP stated that the students' lives were in danger. Manish Tiwari was quoted by NCPCR as saying, "The programme was cancelled without any information and the kids were left in the rain to get drenched, which may be a hazard for their health in this rainy season," and further alleged the Delhi administration of undue persecution of the children.

The NCPCR mentioned in the letter, "Manoj Tiwari, Member of Parliament, Lok Sabha, North-East Delhi said the videos showed the children were facing undue harassment due to the programme. Tiwari informed that serious misconduct and sheer negligence was observed at the Burari ground wherein thousands of school students were called by the Chief Minister to prepare the largest national flag."

The NCPCR presented video evidence to the Delhi state government's Chief Secretary Naresh Kumar and also sought an action-taken report within seven days to be shared with the commission. 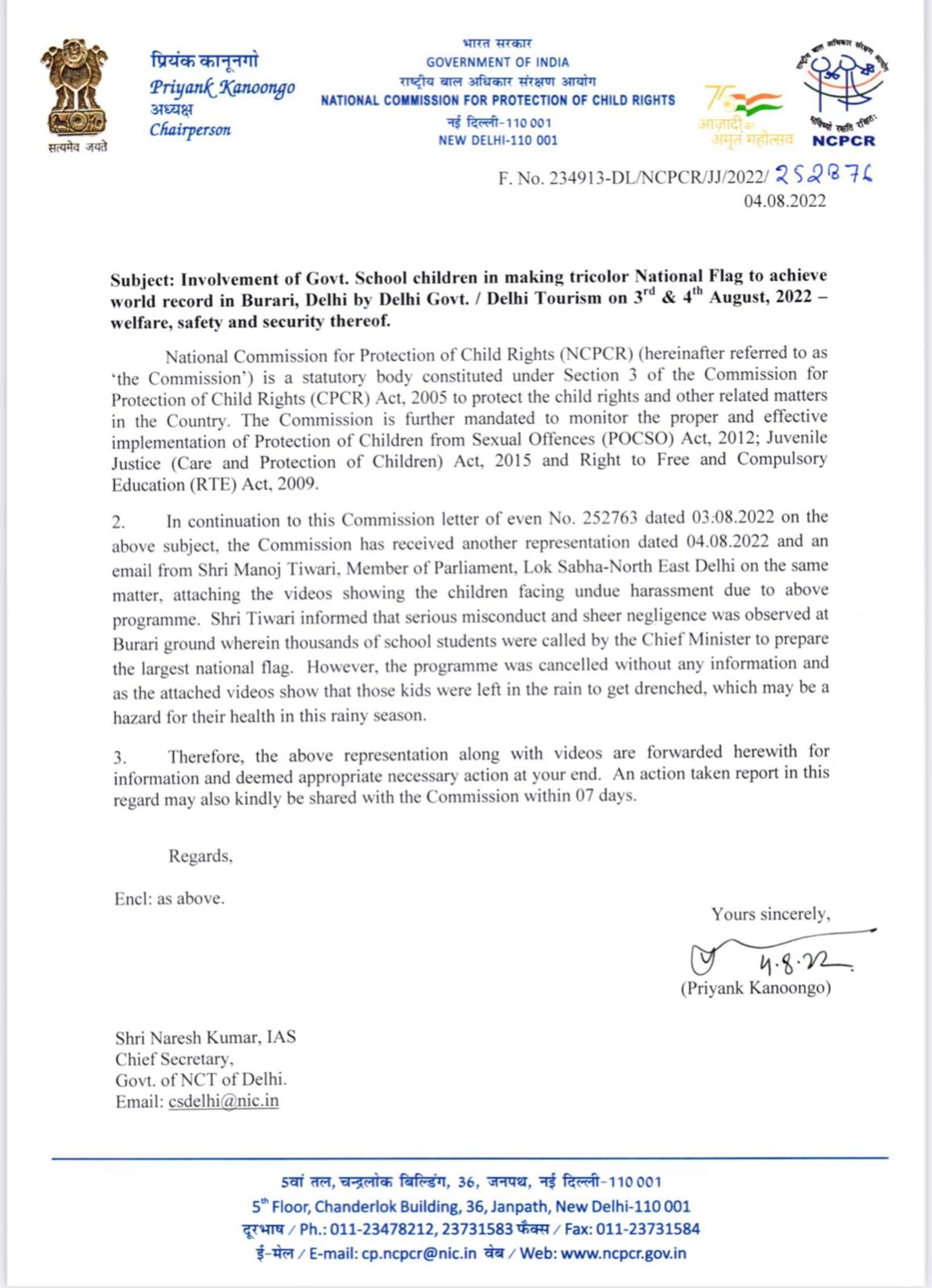