The Enforcement Directorate stated that they've carried out raids in eight locations over four cities in India in the Multi- Commodity Exchange (MCX) scam case. 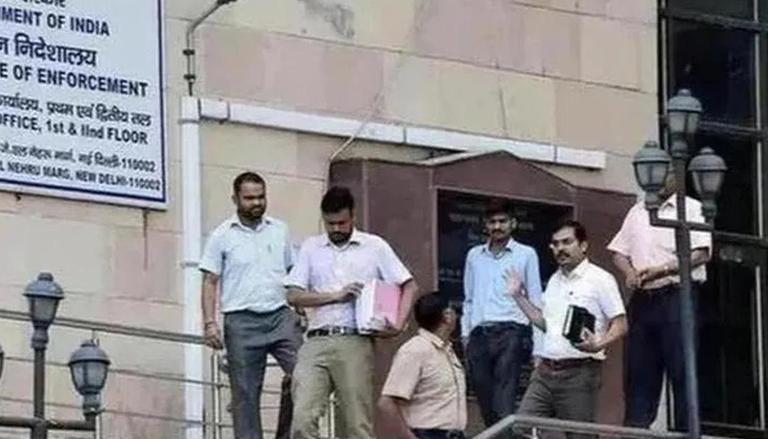 
On July 13, in a key development, the Enforcement Directorate stated that they have carried out raids in eight locations over four cities in India in relation to the Multi-Commodity Exchange (MCX)  fraud case.

The raids were carried out in Sikkim, Kolkata, Delhi and Mumbai. The locations include premises of Limited Liability Partners (LLPs) in the northeast state of Sikkim, which were in the control of brokers trading in MCX and NSE in Kolkata and Delhi.

A total of Rs 4.65 crore was frozen from the bank accounts of brokers who, according to sources, utilised the Sikkim residents' tax exemption to conduct MCX trades using their personal information to make a large profit.

Additionally, a number of stockbrokers' offices in Delhi and Mumbai, where phoney traders with addresses in Sikkim were registered, were searched and according to the ED, incriminating evidence relating to such traders was recovered.

On the basis of a First Information Report (FIR) filed on May 17 by the Sikkim Vigilance Police Station against unidentified persons and companies in response to a complaint made by a resident of Gangtok, Sikkim, the ED opened a money-laundering probe.

"It has been alleged in the FIR that the disproportionate data in MCX trading from Sikkim is highly doubtful and some Limited Liability Partners (LLP) companies and private individuals and traders from other states of India are doing high-frequency MCX trading either using the identity of Sikkim residents or using co-location of Sikkim illegitimately for taking undue advantage of the Income Tax and Stamp Duty exemption given to the people of Sikkim," said the ED's statement.

As this is an ongoing case, the ED has stated that further investigation is in process.

As per reports, the Sikkim state President of the Bharatiya Janata Party (BJP) earlier in April had requested a CBI probe into the MCX scam case by stating that the accused persons, based outside the state of Sikkim, have illegally accessed and misused the personal data of the people of Sikkim, to make money.