Haryana Minister Anil Vij on Thursday waded into the headscarf issue saying men should strengthen their minds and free women from the hijab. 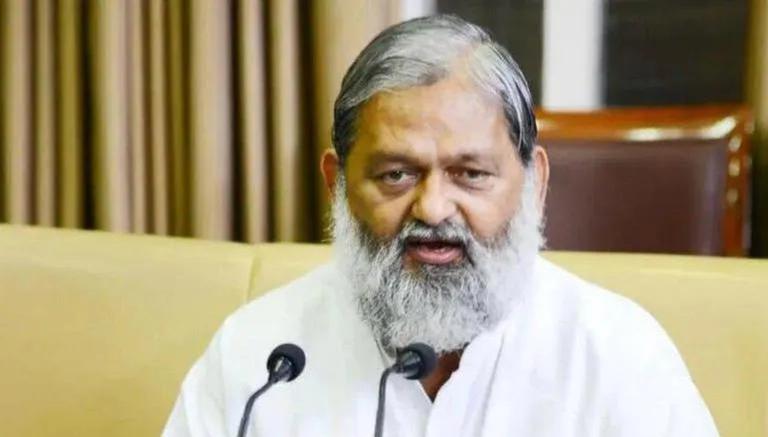 
Haryana Minister Anil Vij on Thursday waded into the headscarf issue saying men should strengthen their minds and free women from the hijab.

Vij's tweet came shortly before the Supreme Court delivered a split verdict on a batch of pleas challenging the Karnataka High Court judgement refusing to lift the ban on hijab in educational institutions of the state.

"The men who could not control their excitement upon seeing women forced women to wear hijab. The need was to strengthen their mind, but the punishment was given to the women, they were covered from head to toe. This is grave injustice," the Haryana Home minister said in a tweet in Hindi.

In the same tweet, he suggested, "Men should strengthen their minds and free women from hijab." In February, amid a row over some students wearing hijab in Karnataka, Vij had said the prevailing dress code in schools and colleges must be followed.

In view of the split verdict in the Supreme Court, the bench directed that the appeals against the high court verdict be placed before the Chief Justice of India for constituting an appropriate larger bench.