'Sidelining parties looting us' | 'Mission Punjab': BKU Chief To Bring Candidates From All Over The State To Fight Polls

Haryana BKU chief Gurnam Singh Chaduni announced on Monday that he is not going to contest the upcoming Punjab Assembly elections in 2022. 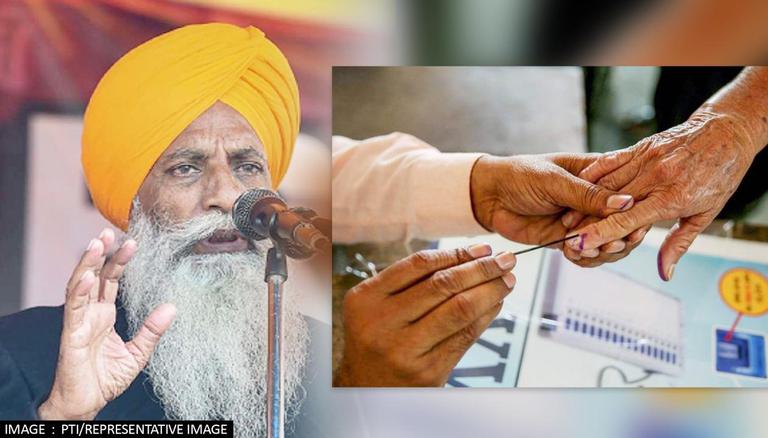 
Bharatiya Kisan Union (BKU) Chief Gurnam Singh Chaduni who is leading the farmers' protest against three agricultural laws announced on Monday that he is not going to contest the upcoming Punjab Assembly elections. Though as a part of Mission Punjab, he is connecting with people across the state who themselves within their own party limits will contest in the upcoming polls. He further added that the Mission Punjab is all about bringing new people as the politics and other political parties are looting the nation.

"Mission Punjab means the people of Punjab, intellectuals and wise people come together and fight the elections from all over Punjab but I myself won't fight in these elections. I am just connecting with these people. They will fight through their respective parties. Mission Punjab means sidelining the parties looting us and bringing new people because politics is looting the nation," said Chaduni.

Chaduni's statement came after he attended a meeting with United Kisan Morcha leader Surjit Singh Phool and various other district heads of farmers unions at Dera Kar Seva Gurdwara in district Karnal, Haryana amid Farmers agitation. The farmer bodies of Haryana are planning for a Parliament march on the occasion of Constitution Day (November 26) marking one year of farm' protest.

Punjab is all geared for Assembly polls which are scheduled to be held in 2022. In the Assembly polls of 2017, an absolute majority in the state was established by Congress by winning 77 seats and ousted the SAD-BJP government after 10 years. And by winning 20 seats, Aam Aadmi Party emerged as the second-largest party in 117-member Punjab Legislative Assembly. While only 15 seats were won by the Shiromani Akali Dal (SAD) and the BJP secured 3 seats.

Since November 26, 2020, Farmers have been protesting against the Centre's enacted farm laws at different sites. The three Farm laws are:

READ | Punjab farmers continue to burn stubble, say govt has not provided aid to stop it

Despite, several rounds of talks held between Farmer leaders and the Centre, there has been no solution and the impasse remains.