Both the nations have committed their increased co-operation in the future, especially in the fight against the influx of Heroin and Methamphetamine. 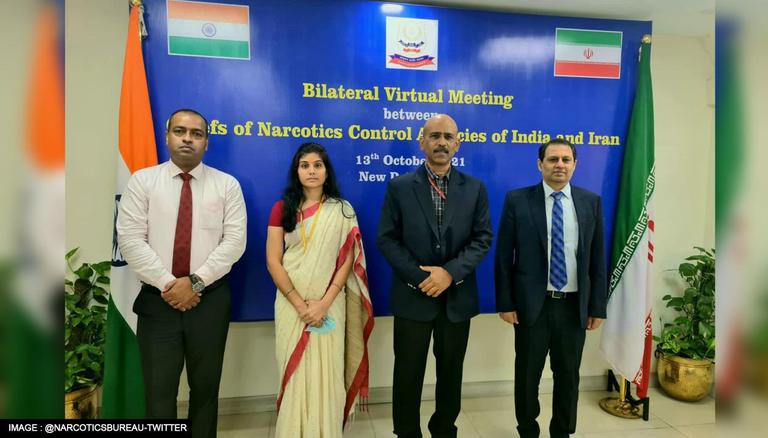 
The heads of the Narcotics Control Agencies of India and Iran held a bilateral meeting on several issues including the fight against the influx of drugs on Wednesday. The bilateral meeting was held online and it was attended by the Indian delegation headed by NCB DG SN Pradhan and had representatives from NCB and the Ministry of External Affairs.

The delegation from both countries discusses several issues to strengthen the fight against drug export and to decrypt the nexus of the drug mafia.

Both the nations have committed their increased co-operation in the future, especially in the fight against the influx of Heroin and Methamphetamine. The decision was also taken to establish focal points at both agencies for real-time sharing of information, the NCB informed in a tweet on Wednesday.

A Bilateral meeting of the heads of narcotics control agencies of India and Iran was conducted online today. Indian delegation headed by Shri S N Pradhan, DG, NCB had representatives from NCB and MEA. pic.twitter.com/PIsPkJEnMw

Apart from this, Indian Agencies including NCB have been working actively to bust the ongoing drug nexus in India. NCB has recently conducted raids at several locations and has arrested several people involved in the drug supply.

A team of NCB led by Sameer Wankhede on October 2 busted a high-profile drug party on a luxury ship en route to Goa from Mumbai. The party allegedly involved celebrities including Aryan Khan, who was unearthed by NCB following an eight-hour-long operation. Narcotic substances like Hashish, MDMA, Cocaine were recovered and eight people were detained who were later put on the arrest. On basis of interrogation, several arrests were made. The agency has now arrested 20 people in the drug bust case. Aryan Khan, Arbaz Merchant and others are currently under judicial custody.

Apart from this, another major drug seizure took place last month where almost 3 tonnes of heroin was imported into India as components of Talcum powder. The Directorate of Revenue Intelligence (DRI) seized about 3 tonnes of heroin worth Rs 21,000 crore from two containers at the Mundra port on September 12. According to sources, the heroin was imported by a trading company based in Vijayawada, Andhra Pradesh, and was labelled as semi-processed talc stones from Afghanistan before being delivered from Iran's Bandar Abbas Port to Gujarat's Mundra Port. The heroin was allegedly transported to Delhi in plastic pipes painted to look like bamboos, and then to other states, including Punjab.