Located in state of Maharashtra, the lake sits in the volcanic basalt of the Deccan Plateau and is the only “fresh” impact structure on Earth, as per NASA.

In an unusual phenomenon, NASA Earth has observed a mysterious colour shift in a crater lake in west-central India that has the internet speculating what caused it. Occurred in the early days of June 2020, the Lonar Lake changed its colour from Green to Pink which NASA detected via its Operational Land Imager (OLI) on Landsat 8. NASA released the lake’s images captured on May 25 and June 10 respectively on Instagram with a caption, “A crater lake in west-central India promptly changed from green to pink. For now, the reason why remains a mystery.”

Located in India’s west-central state of Maharashtra, the lake sits in the volcanic basalt of the Deccan Plateau and is the only “fresh” impact structure in basalt on Earth. This makes the lake an important analogue for impact craters on the surface of the Moon. In the 1970s, the Maharashtra lake was detected with an immense amount of maskelynite, a naturally occurring glass formed due to high-velocity impacts 35,000 to 50,000 years ago.

There have been such instances in other parts of the world, for instance, in a lake in Iran, the water turns reddish due to increase in salinity. The authorities were still studying the phenomenon, but it is certain that no artificial occurrence resulted in the change in colour, Maharashtra’s State Forest Minister, Sanjay Rathod, said in a report.

According to a press release on NASA’s Earth observatory site, scientists speculated that the change in colour could be a result of microscopic life that thrives in water with high salt concentrations like Lake Hillier in Australia. However, as of yet, the scientists could not claim that with certainty and are awaiting lab results of the samples collected from the mysterious lake. Additionally, Maharashtra Forest Department sent water samples to two labs in Nagpur and Pune, and have been waiting for the results, as per a report.  While Australia’s Lake Hillier remains consistently pink throughout, the same could not be said about Lake Lonar that was earlier Green, as per NASA’s researchers.

Read: NASA Scientists Show How Sunsets Would Look From Other Planets | Watch

D. salina is green and changes to pink

Meanwhile, Iran’s Lake Urmia depicts a similar phenomenon during spring and summer, when its water turns saltier, and the lake shrinks and changes from its original colour. This has led scientists to believe that the mysterious colour change might be caused due to the single-celled algae called Dunaliella salina. While Australia’s lake gets its hue from Halobacteriaceae, a pink-coloured microorganism that keeps the watercolour consistent, D. salina is green and change to pink under the under stressful conditions. This is due to the fact that the algae produce protective carotenoids, including orange-red beta carotene in conditions such as high salinity or high amounts of light.

In early June, India's largest crater lake turned pink and researchers are now studying why the change occurred. The color change at #LonarLake is seen in these natural color before/after #Landsat 8 images. pic.twitter.com/T5rGx9wYuz 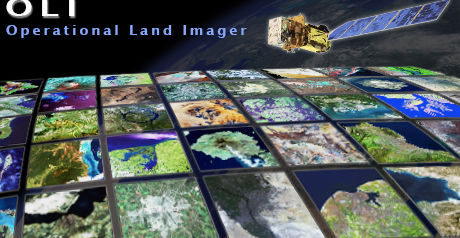