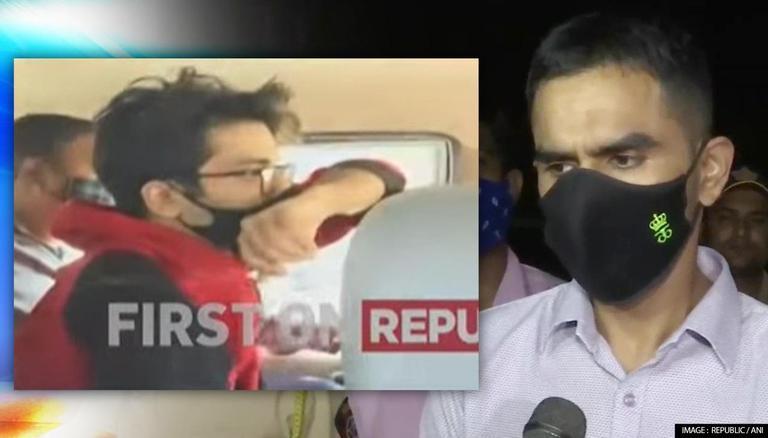 
NCB Zonal Director Sameer Wankhede, who along with his team, exposed the Mumbai Cruise Drug Bust said that the Narcotics Control Bureau (NCB) had "inputs" about the presence of drugs and the operation was conducted professionally. He also stated that the agency has followed up the lead.

"NCB had input, after that, we executed it in a professional manner. We have recovered drugs as well. We have follow up leads as well. Soon more probe will happen," Wankhede said.

Shah Rukh Khan's son Aryan Khan, Arbaaz Merchant and Munmun Dhamecha are sent to police custody till Monday, October 4 by a Mumbai Court. This development comes after NCB busted a rave drug party on a Goa-bound cruise ship and seized narcotic substances such as MD, Hashish and Cocaine. Aryan Khan and seven others were detained by the NCB. They were later arrested after 15-hour interrogation. The trio will be produced again before the court on Monday.

The other five accused namely Nupur Satija, Mohak Jaiswal, Gomit Chopra, Ishmeet Singh Chadha and Vikrant Chhokar were arrested later on Sunday. They will be produced before a Mumbai court on Monday after their medical checkup.

On being asked about the involvement of any politician, NCB Mumbai Director Sameer Wankhede called that "these are just speculations, don't ask me such questions."

Remand hearing of Aryan Khan & 2 others

During the hearing, NCB said, "An intelligence operation was carried in a cruise that departed from Mumbai for Goa.  22 officers got inside the argument, and conducted raids shocking to know that starting from 10 am till 2 AM in the night recovery is 13 grams of cocaine, 5 grams of MD, 23 grams of charas, 22 pills MDMA, and 1.33 lakhs INR." It added, "8 persons apprehended, three are before you. Others will be produced before the court in a day or two." Moreover, the agency said that incriminating chats were recovered and stressed the need for further investigation.

Advocate Satish Maneshinde, who was representing Aryan Khan, argued the offences were bailable. "Aryan was invited by the organizers of the party as a special invitee. He neither had a boarding pass nor a cabin booked," he said.

After hearing both sides, the Court concluded that the accused Aryan, Arbaaz and Munmun to be in police custody till Monday, October 4.