After looking into docs submitted by NCB Zonal Director Sameer Wankhede, the National Commission for SC/STs has found that his caste certificates are original 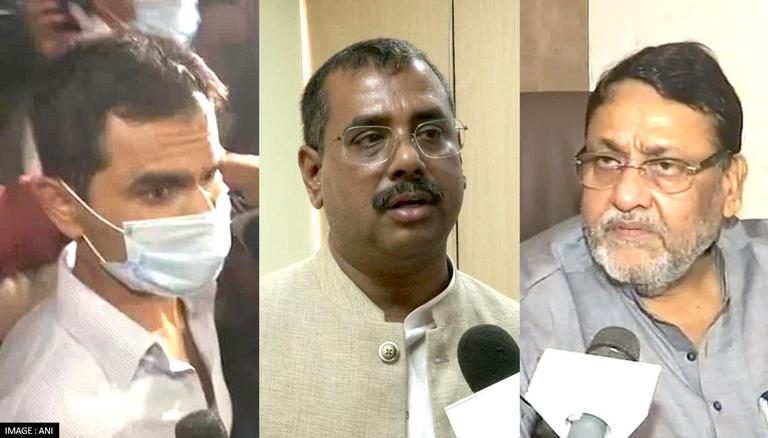 
In a blow to Nawab Malik's claims, after looking into the documents submitted by NCB Zonal Director Sameer Wankhede, the National Commission for Scheduled Castes (NCSC) has found that his caste certificates are original. This comes after Vice-Chairman of the NCSC  Arun Haldar in an exclusive conversation with Republic Media Network on Saturday warned of action against Nawab Malik if his allegations against Sameer Wankhede are proved wrong. Arun Haldar had just a short while earlier been paid a courtesy visit by Sameer Wankhede.

The NCSC on Friday decided to investigate the matter in pursuance of the powers conferred upon it by the Constitution of India. As a part of the same, the NCSC has asked for an action report in the matter within 7 days, failing which it will take action. "Please take notice that in the case the commission does not receive a reply from you within the stipulated time, the Commission may exercise the powers of Civil Courts conferred on it under Article 339 of the Constitution of Indi and issue a summons for your appearance in person or by a representative before the Commission," NCSC said in a statement addressed to the Secretary of Ministry of Home Affairs, Chief Secretary of Government of Maharashtra, the Director-General of Police of Maharastra and the Mumbai Commissioner of Police.

"After the completion of 7 days, we will come to know about Maharashtra Government's move," Arun Haldar said on Saturday after meeting Sameer Wankhede.

Soon after the arrest of Shah Rukh Khan's son Aryan Khan and 7 others from a Mumbai cruise en route to Goa, MVA Minister Nawab Malik began leveling allegations against NCB, and Sameer Wankhede, the man at the helm of the probe. Calling it a plot to target Bollywood, Nawab Malik had claimed that it was a well-strategized plan of the NCB to put Aryan Khan behind the bars.

To Nawab's advantage, one of the independent witnesses in the case, KP Gosavi's personal bodyguard Prabhakar Sail, turned against the central agency and alleged that he heard talks about a ₹18 crore deal between Gosawi and one Sam D'Souza, related to the Mumbai drug bust case. Of this, ₹8 crore was to be given to Sameer Wankhede, Sail alleged.

Thereafter, NCP leader Nawab Malik in a press conference produced a letter purportedly sent to him by an unnamed NCB officer, in which Sameer Wankhede was accused of 'not following the protocols' in 26 cases. Nawab Malik called the Zonal Director 'fraud' for using a fake caste certificate to secure a government job. Referring to the birth certificate shared by him on Twitter, in which Sameer Wankhede was categorized as a Muslim, the Maharashtra minister claimed that the former corrected his father's name to become an Indian Revenue Service officer via the reserved category.

However, Sameer Wankhede and his family have refuted all the claims of Nawab Malik, whose son-in-law was arrested by the NCB in a drug case. Calling Nawab Malik's allegations an attempt to avenge his son-in-law's arrest, the family has produced documents to defy the NCP leader's claims. The family has also approached various forums, including the NCSC.